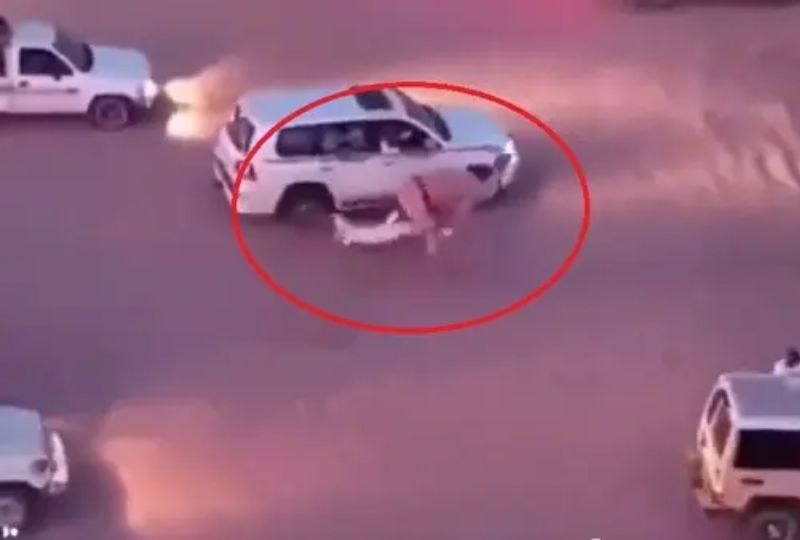 Screen grab from the video.

A young Saudi is being hailed as a hero after his quick thinking saved a child from being run over by a camel.

During a camel race in Tabuk, Saudi Arabia, on Monday Muhammad Eid Al Wabsi Al Balawi sprung into action to save the life of a child who had fallen from the back of a camel.

A video of the incident, shared on Twitter on Monday, shows the man jumping out of a car to rescue the child to safety.

In an interview with Al Arabiya.net, Al Balawi narrated what happened, saying, “Shortly after the race began, we noticed that the saddle that was strapped to the camel started to move and shake, so we called on the rider to slow down and stop the camel so that we could reattach it, but the camel did not listen to the rider because of the other camels running behind it."

"It was a very dangerous situation for the rider because he was strapped to the saddle, and we were in a very precarious situation, and we had to interfere to stop the camel and save the rider no matter what it took.”

Thanks to Al Balawi's bravery, no one was hurt during the race.