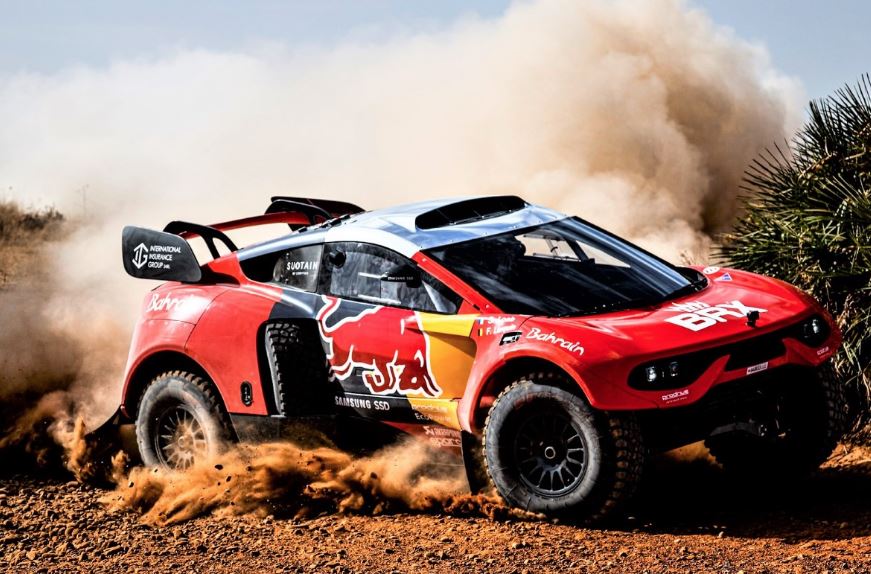 Loeb and co-driver Fabian Lurquin in the BRX Prodrive Hunter

Sebastien Loeb won the opening round for Bahrain Raid Xtreme (BRX) in the battle to decide the inaugural World Rally-Raid Championship by setting the fastest time on yesterday’s prologue stage in the Andalucia Rally.

Partnered by co-driver Fabian Lurquin in the BRX Prodrive Hunter, Loeb was five seconds faster than championship leader Nasser Al Attiyah in a Toyota Hilux on the qualifying stage as the five-day event began in southern Spain.

Saudi Arabia’s Yazeed Al Rajhi in another Toyota Hilux set the third quickest time on the stage, just ahead of Guerlain Chicherit, winner of the penultimate round in Morocco earlier this month alongside fellow-Frenchman Alex Winocq in their Prodrive Hunter.

A steering issue in Morocco cost Loeb his championship advantage, but the nine-time World Rally Champion plans a fight to the finish on Sunday to try and rub out Al Attiyah’s 22-point advantage.

He made the most of favourable terrain in Andalucia yesterday to send out a warning that BRX are far from out of the running for both the drivers’ and manufacturers’ titles.

The qualifying stage which launched the final battle to decide the 2022 World Rally-Raid Championship was a 9.6km test around the Grand Dos Hermanas Racecourse, where the Andalucía Rally is based for the week.