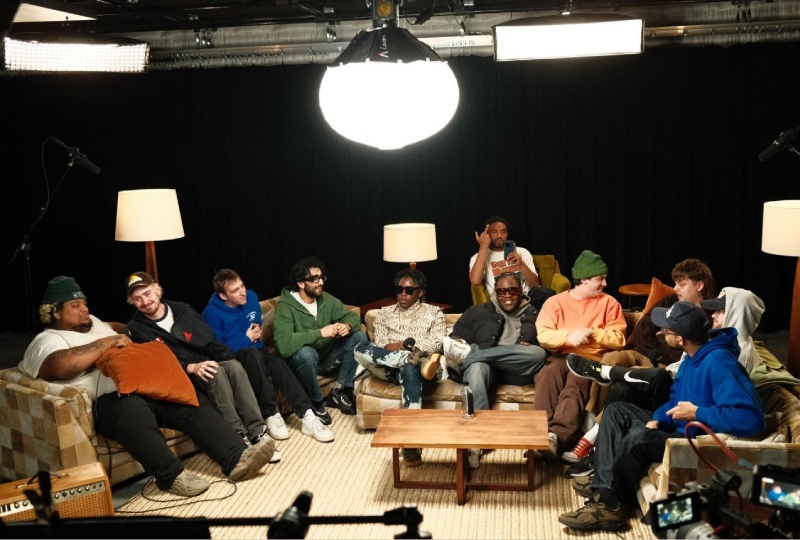 The alternative hip-hop collective Brockhampton has bowed out of the scene with the release of their final two albums, after the group announced its upcoming indefinite hiatus in January this year.

Brockhampton has enjoyed a ground- breaking career so far, stemming from the release of the Saturnalia trilogy in 2017 when the 13-member group took up the mantle of redefining what it meant to be a ‘boyband’.

The Texan rap collective announced the release of their final album The Family in October, but dropped a second surprise album TM a day after its release in November.

The Family is a departure from the classic Brockhampton sound, with lead vocalist Kevin Abstract and Bearface being the only band members to feature on the tracks.

In the song RZA, Kevin laments not being a strong enough frontman of the group and failing to “keep the band together.”

The track All That sees Kevin reminiscing on the early days of the group, recalling their hopes of making it big and regretting their fights after they finally did.

The album reads like an apology and a thank-you note to band members and long-time fans, with each song evoking an emotional response from the listener.

The final track is the most honest and visceral in the entire album, a last goodbye from Kevin to Brockhampton, as a group and as an era in their lives. It ends on a positive note when Kevin says, “The next chapter is everything that we said it would be. This next chapter is everything that we want it to be. The show’s over; get out of your seats.”

The surprise album TM, however, is more of a traditional Brockhampton album, showcasing the signature loud, grainy sound that has become a trademark of the band.

Most members of the band are featured on this album, paying homage to their roots with hits like New Socks where Kevin openly embraces the fame and money that came his way after starting his rap career with the band in a light guitar-driven melody.

The track Keep it Southern has Kevin and Merlyn Wood rapping over a synth melody with snapping snares while the second half of the album takes up a distinct R&B flavour with moodier numbers like Man on the Moon and Crucify Me, featuring distorted vocals, synth organs and jazz-like finishes.

The album closes off with the fittingly titled Goodbye, with members Joba and Matt Champion delivering the final farewell to listeners.

The lyrics are gracious, earnest and solemn, with the band expressing their gratitude for the love and support they received over the years.

Brockhampton strikes an astounding balance between the two albums, with The Family serving as a farewell allowing fans to mourn the loss of the group they’ve grown to love, while TM gives the fans one final banger of album to listen to on repeat.