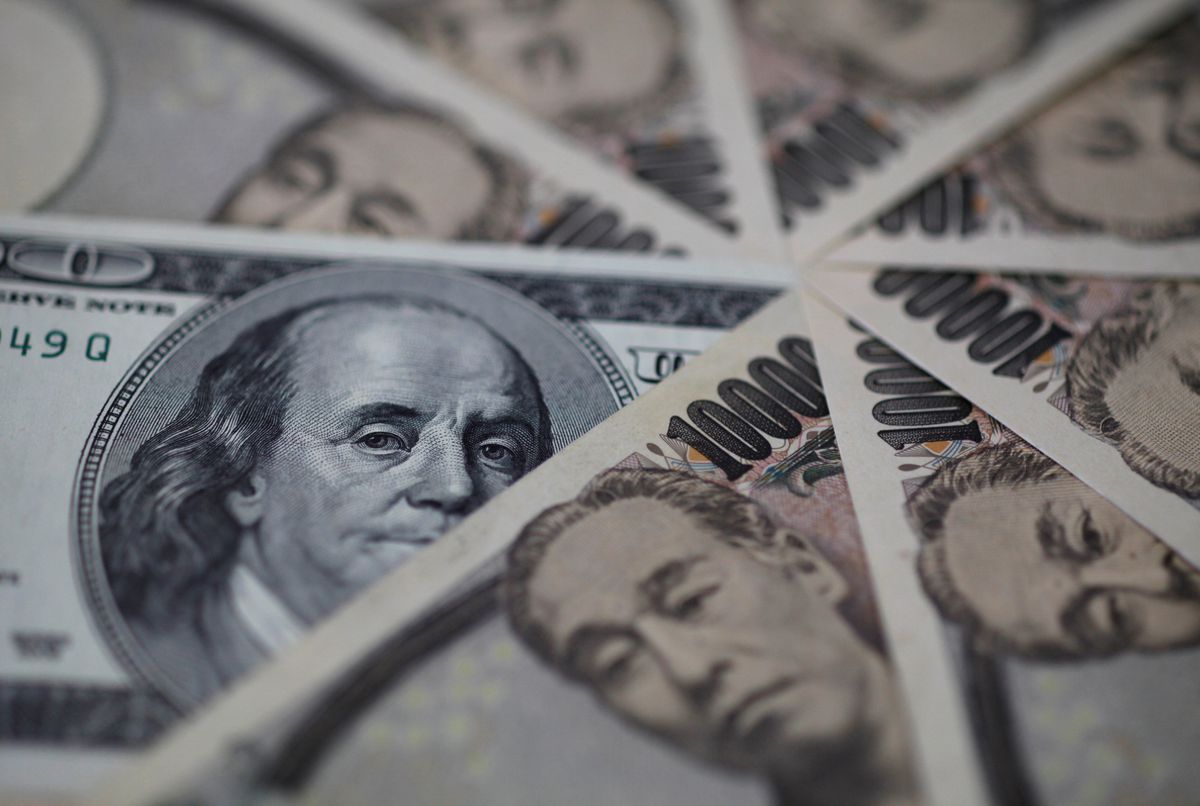 A US hundred dollar bill and Japanese 10,000 yen notes are seen in this photo illustration in Tokyo, February 28, 2013. (Reuters Photo)

SINGAPORE - The dollar rose broadly on Thursday as growth concerns about the US economy drove demand for the safe-haven greenback, while the yen rebounded as speculators doubled down on bets that the Bank of Japan would shift away from its yield curve control policy.

Weak US data released on Wednesday showed that retail sales fell by the most in a year in December and manufacturing output recorded its biggest drop in nearly two years, stoking fears that the world's largest economy is headed for a recession.

"Those weak data really reinforced market concerns about an imminent US recession ... (which) really supported the dollar, and I think that will become a growing narrative in the coming months," said Carol Kong, a currency strategist at Commonwealth Bank of Australia (CBA).

The fresh wave of risk aversion - compounded by news of job cuts by tech giants Microsoft and Amazon - also kept the dollar in bid.

"The effects of the FOMC tightening will just become more and more visible," Kong said.

The Aussie slumped 0.56% to $0.6902, further pressured by a surprise dip in Australia employment in December.

New Zealand Prime Minister Jacinda Ardern on Thursday made a shock announcement that she would step down no later than early February and not seek re-election.

Meanwhile, the greenback failed to eke out a gain against the Japanese yen and was last 0.82% lower at 127.87 yen, unwinding its previous day's rally in the immediate aftermath of the BOJ's decision to stand pat on its ultra-loose monetary policy.

Defying market expectations, the BOJ kept its interest rate targets and yield band intact, and instead crafted a new weapon to prevent long-term rates from rising too much, in a show of resolve to maintain its YCC policy for the time being.

The decision sent the yen plunging some 2% against the greenback and against other currencies shortly after, alongside Japanese government bond yields, which tumbled the most in two decades at one point.

But markets were quick to bounce back from the initial shock and on Thursday continued to push back against the BOJ and test the resolve of its ultra-dovish stance.

"I think it's really reflecting the fact that market participants are still speculating a shift in the Bank of Japan's policy despite their inaction yesterday," said CBA's Kong.

"While there's still high expectations for a policy shift ... I think that will keep the yen pretty elevated in the near term."