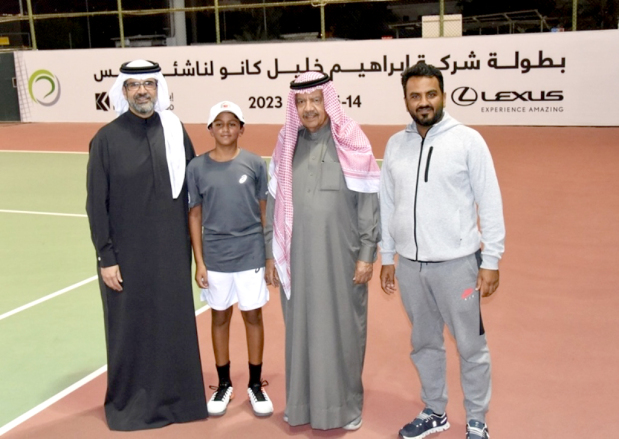 Talal with Al Muqla and other officials

The under-18 girls’ final will be held on the concluding day of the championship today when Hajar Zaidan takes on Ira Coral. In the boys’ under-14 final, Bahrain’s Ahmed Al Sayed will play India’s Rayan Ahmed.

The tournament, which started on January 14, saw the participation of over 200 players who competed in seven competitions for both boys and girls.