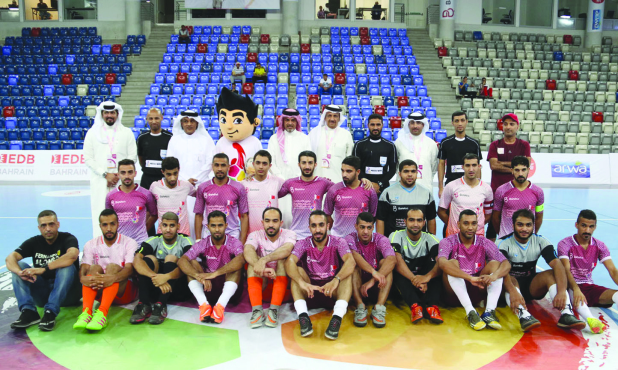 Abdullah Bunofal and Mohammed Aldakhil with the rival team members

In other matches, Busaiteen and Al Qadisiya drew 3-3 while South Sehla beat Aali 2-0.

The league is being organised by the Ministry of Youth and Sports Affairs and the Media Office of Shaikh Khalid bin Hamad Al Khalifa under the theme #Generations_Meeting and will continue till September 14.

Meanwhile, the organising committee have announced a new weekly contest for spectators on the official Instagram page of the league (@hhskleague).

A question is posted weekly and the winner receives a cash prize of BD50.

The name of the first winner will be announced on Sunday.