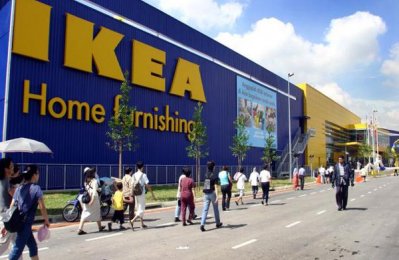 The pop-ups have taken place in malls within five cities across three countries, including Jordan, Kuwait and Morocco, said the company in a statement.

Visitors to the pop-ups can create their own virtual living room by placing Ikea signature products in the scene using VR technologies to facilitate the home furnishing experience.

Users can choose from pre-set room layouts (L-shaped, square or rectangular) to match the dimension of their living space, then purchase the products on site if they wish, removing the need to visit a traditional Ikea store to visualize and purchase products.

“The growth of virtual reality, artificial intelligence and augmented reality technologies are reshaping many markets across the Middle East, and e-commerce is no different,” stated Salman Yusuf, the managing director at Takeleap.

"Technology is advancing at increasing speeds and will quickly redefine the future of the business. We are thrilled that Ikea has become a first-mover in developing this technology and look forward to our partnership for years to come," he added.

This news comes at an important time, as globally the virtual reality market is expected to reach $48.5 billion by 2025. Across the Middle East, national-driven initiatives are driving the technologies’ adoption.
Just last month, the UAE has appointed Omar Bin Sultan Al Olama as the country’s first Minister of State for Artificial Intelligence while Saudi Arabia bestowed citizenship on a robot named Sophia – the very first robot to be granted citizenship in the world.

Diana Sabouni, the Ikea's regional interior design specialist, said: "We are very thankful to have Takeleap’s support in helping us push the way we design things and give our customers a completely different kind of experience."

"This is something that none of our competitors have done before and a monumental step for the future of Ikea shopping," noted Sabouni.

Customers can now choose their favourite items in as little as 20 minutes while having a realistic view of what the furniture is like.

With a 1:1 scale, users can understand the real size of their products while recognizing the photo-realistic colors and texture of fabrics, explained Sabouni.

In Kuwait, Takeleap will introduce another VR activation to give users a full 360 virtual tour of Ikea Kuwait store, aiding in the process of finding items around the outlet, she added.-TradeArabia News Service