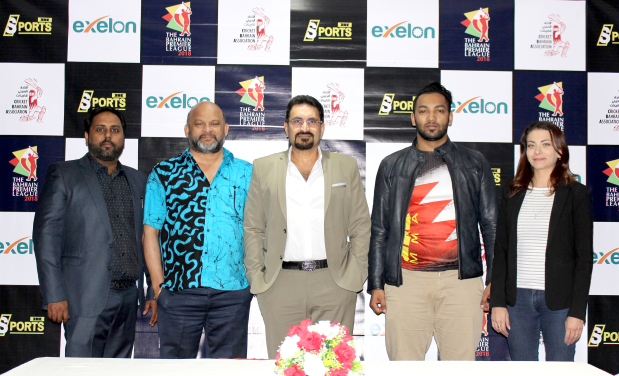 Officials during the meeting to announce the launch of the league

KHK Sports, in partnership with Exelon, has announced the launch of the first franchise-based T20 cricket tournament early next year.

The tournament will be held under the patronage of Supreme Council for Youth and Sports first deputy chairman and Bahrain Athletics Association president Shaikh Khalid bin Hamad Al Khalifa.

“I am delighted to announce the launch of Bahrain Premier League in partnership with Exelon and in association with Cricket Bahrain Association. I believe that the league will not only strengthen cricket’s base in the kingdom, it will also serve to encourage greater local participation in the sport,” said KHK Holdings chairman Mohammad Shahid.

Over 150 players have registered for selection for the existing 78 spots. The selection meeting will be held on Saturday at Park Regis Lotus Hotel in Juffair. The opening ceremony and the inaugural match will be held on January 26. Group matches will be played out over three consecutive weekends to determine the four qualifiers for the semi-finals, to be played on February 16. The Grand Final will be on February 23.

The organising team will include cricket personalities like Charu Sharma and Syed Kirmani. Dignitaries, Bollywood celebrities and cricket stars will be present at the opening ceremony and the final.