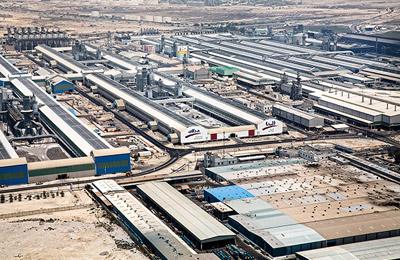 The Gulf’s state-linked firms are being forced to wean themselves off direct government funding, and focus more on capital markets and private investment, to push ahead with their building and infrstructure projects in an era of cheap oil.

In the previous several years of high oil prices, building projects from universities to football stadiums were funded entirely by the public purse. That is changing as governments scale back non-essential plans and look to markets to share the financial burden, said experts.

“The future, as we see it, are projects that connect to private investment,” remarked UAE Public Works Minister Abdulla bin Mohammed Al Nuaimi.

This could be a boon for bankers, who have long wanted to play a bigger role in arranging financing packages for Gulf governments.

“Projects that do come to fruition will have the most coherent economic justification and be more likely to require standalone financing. This points to a greater need for project finance,” said Andy Cairns, global head of debt origination and distribution at National Bank of Abu Dhabi.

So far the shift is most evident in the smaller Gulf nations which lack huge cash reserves but have big projects in the pipeline: Oman and Bahrain. Oman Electricity Transmission Company issued a $1 billion debut bond in May, while Alba will use the capital markets to part-fund its $3.5 billion smelter expansion.

But the change is also occurring at some of the region’s largest enterprises. In the past, utility Saudi Electricity Company (SEC) used the market to fund power plant construction but also received regular contributions from the government in the form of interest-free loans.

Now it is seeking more finance via the market. It announced plans for a $1.5 billion sukuk programme in August as well as for a corporate loan worth around $2.3 billion; bankers said it was the first time that SEC had sought the kind of back-up revolver facility which many big firms have.

Bankers are also encouraged by new laws in Dubai and Kuwait this year facilitating public-private partnerships (PPPs), which grant ownership stakes in and revenues from assets to investors in exchange for helping pay the original costs.

The new law resolves that issue and should encourage greater backing for PPPs in the country, said Alex Saleh, partner at law firm Al Tamimi and Company.

The difficulty for state firms, though, is that they are approaching these alternative funding solutions at a time when the market is changing.

“During that 20-year term, the margin is fixed but rules come in and change the capital requirements for banks, so what was profitable on day one is no longer the case,” said Mario Salameh, HSBC’s head of project finance for the Middle East and North Africa.

This may drive borrowers towards bonds rather than loans, bringing the Middle East into line with other areas of the world such as Australia and the US, where infrastructure is either originally funded by project bonds or shorter-term loans are refinanced with bonds soon after the project is operational.

Project bonds have long been talked about in the Gulf as the future of fund-raising, but so far only a handful have come to market.

PPPs have also struggled outside the utilities sector because Gulf states have been reluctant to cede control of assets. For example, Saudi Arabia’s Madina airport expansion in 2012 was conceived as a PPP project but the ultimate structure was different, awarding the private sector concession rights rather than full ownership of a stake.

“Ultimately, what the market really lacks is a big transport PPP which has come to the capital market and that can be used as a template,” said Karim Nassif, credit analyst at Standard & Poor’s.

“I think the potential is there but the jury is out on what will be the next deal outside of power and water,” he added.-Reuters