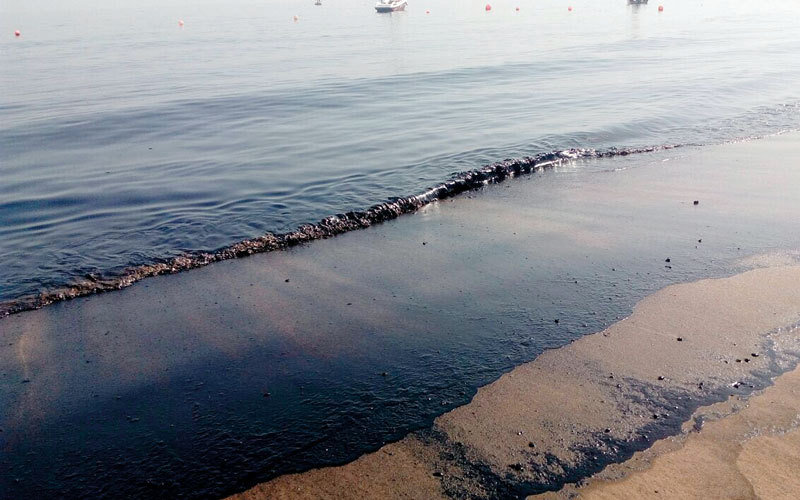 A big oil spill hit the coast of Dibba Fujairah, in the eastern part of the United Arab Emirates.

The oil slick was spotted in a beach resort in the eastern port of Dibba, prompting many tourist companies to cancel hotel bookings, according to Emarat Al Youm.

This is not the first time this beach resort is hit by oil pollution as ships cleaning their tanks appear to be still violating local laws and dumping oil sludge into the water.

Fishermen and hotel managers voiced their fears over the impact of oil spills, which occur three to four times a year, urging stiff laws to deter ships causing pollution.