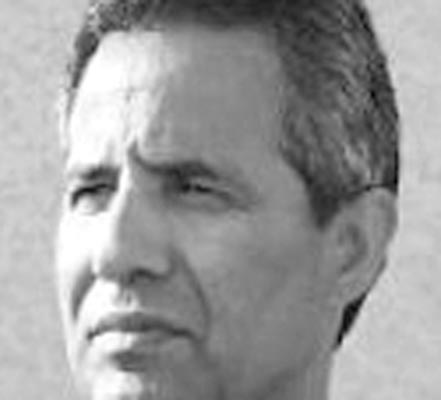 On a Thursday night, terrorists blew themselves up in the streets of Beirut. The next day, co-ordinated terrorist attacks in des rues of Paris. The same perpetrators targeted Muslims and Christians in the two different capitals.

Just a month ago, it was a moving scene watching European women and men holding signs welcoming refugees arriving at train stations. Thus, the horrific attacks would become even more appalling if there was any truth to the news these terrorists might have hid among refugees to reach France. Especially since refugees found better reception in Europe than anywhere else, including many of the Arab and Muslim countries. And for these terrorists to exploit that hospitality is neither Arab nor a Muslim value.

There could be no rationalisation to the terrorist attacks in Paris or the atrocious murders in Beirut, Baghdad, Damascus or Nigeria. Putting aside our virtuous indignation, however, we mustn’t forget the so-called Islamic State (IS) was the illegitimate child of George Bush’s “birth bangs of democracy.” The misguided US-led Western interventionist policies created the environment that gave birth to the refugees and terrorists.

A programme was designed for Israel by Zioncons’ appointees in the dens of the US State Department and the Pentagon.

Lasting conflicts and fragmentations of the Arab world were envisioned more than 30 years ago by former Israeli foreign ministry official Oded Yinon. In a 1982 treatise in Kivunim (Directions), the official journal of the World Zionist Organisation, Yinon argued that the future priorities for the “Jewish State” (JS) are “The dissolution of Syria and Iraq … into ethnically or religiously unique areas.” Almost 30 years earlier, Israeli Prime Minister Moshe Sharett proposed the same for Lebanon.

IS and JS have a shared strategy: A perpetual conflict between Islam and the West is critical for their respective survival.

IS gets its oxygen from US and Western powers’ unchecked diplomatic and financial support for JS. IS ideology flourishes on Western pandering to JS as an exceptionalist state beyond reproach, defying UN resolutions with complete impunity. Following Benjamin Netanyahu’s recent visit to Washington, Israel is in line to be rewarded, again, for its intransigence and attempts to derail the nuclear deal between the West and Iran.

Israeli planned and Western executed “dissolution of Syria and Iraq,” Lebanon, Yemen and Libya into ethnic or religious entities have become fertile grounds for dissention. Offering Islamist’s demagogues the perfect recipe to manipulate feeble minded individuals to rally around “IS” believing they were avenging their religion.

Alas, all of this was already predictable; a known consequence and anticipated outcome by US intelligence agencies.

In August 2002, CIA analysts authored a study ‘The Perfect Storm: Planning for the Negative Consequences of Invading Iraq.’ It predicted the breakup of Iraq, regional instability, and surge of global terrorism.

In a pre-war briefing, the US Senate Select Committee on Intelligence was presented with two intelligence assessments warning that the Iraq invasion would lead to anarchy and rise of terrorism. In January 2003 the National Intelligence Council think-tank issued an assessment forecasting that “many angry young recruits” would fuel the rank of Islamic extremists.

Despite the red flags, the Bush administration opted to heed the advice of Israeli advocates. Ideologues who were trained at the offices of America Israel Public Affairs Committee and Israeli think-tanks in Washington. After election, large donors from the winning party recommend them to occupy policy making positions in the Pentagon and the State Department.

The Zioncons redirected the war compass from Al Qaeda to fight Israel’s wars. According to a Bush administration insider’s book during a policy discussion, Israeli firster Paul Wolfowitz advocated, “We don’t have to deal with Al Qaeda … We have to talk about” Iraq.

Just one day before the Iraq invasion, US Vice President Dick Cheney delivered a speech, which was likely prepared, or at least proofed by Zioncon and Chief of Staff Scooter Libby where Cheney foolishly claimed “we will … be greeted as liberators” in Iraq.

Today it’s not enough to mourn Paris or Beirut’s victims. We must also remember the estimated 1.3 million people who were banished directly and indirectly by the deviated “war on terrorism.” For the Zioncons’ conceived war has offered more than 1.3m reasons to recruit terrorists.