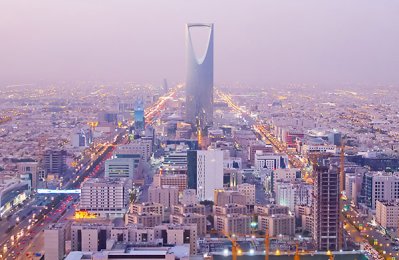 Saudi Arabia's government is expected to announce spending cuts and a drive to raise revenue from new sources as it lays out a strategy to cope with an era of cheap oil, people familiar with Saudi policy-making said.

Markets in the world's top oil exporter are jittery because low crude prices have pushed state finances deep into deficit and so far, the government has not revealed a detailed, comprehensive plan to stem the flow of red ink.

But in coming weeks, authorities will make their intentions clearer. The state budget for 2016 is expected to be released on or around Dec. 21, official sources said.

In the following weeks, probably in January, the government is to reveal a multi-year economic plan that may include longer-term reforms such as cuts to energy subsidies and new taxes.

The budget will be the first drafted by the administration of King Salman, who took the throne in January, and the first carrying the imprint of his son Mohammed bin Salman, who chairs a powerful new Council of Economic and Development Affairs that now dominates the economic policy apparatus.

"A strategic review of economic policy is underway in the government and officials are putting together a new framework for managing the economy," said Khalid Alsweilem, a former senior official at the central bank, now fellow at the Harvard Kennedy School's Belfer Center in Boston.

The government's deficit this year is expected to come in at about SR400-500 billion ($107-133 billion), around 20 per cent of gross domestic product.

To ease market jitters, the government will need to cut next year's deficit sharply. Prominent Saudi economists contacted by Reuters expect the 2016 budget to plan spending of about 800 billion riyals, roughly 20 per cent lower than their estimate of this year's actual spending.

The government is likely to curb public sector wage rises and bonuses, but that is politically sensitive, so most spending cuts would occur in public investment.

"The state has delivered a lot of infrastructure projects, so spending should normally decline gradually over the next few years," said Mazen al-Sudairi, research chief at al-Istithmar Capital.

In the past Riyadh has often overspent its annual budget plan, but one change introduced by Mohammed bin Salman is expected to be stricter adherence to the plan. He told the New York Times last month that one of his key challenges was "the way we prepare and spend our budgets".

The result, if Brent oil stays around $40 a barrel next year, could be a budget deficit of around SR200 billion - still large, but enough of a reduction to let Riyadh slow the liquidation of its foreign assets.

If oil stays cheap for years, deeper reforms will be needed to stabilise state finances; the multi-year economic plan may prepare the ground for this.

Officials have said they are looking at raising domestic energy prices, potentially saving some of the over $100 billion spent annually to keep prices low.

Subsidy cuts would start with rises in the cost of natural gas feedstock and power for industry; politically difficult hikes in domestic petrol prices would come later and be spread over years, said a source familiar with official thinking.

The government is also considering privatisations and new taxes. The cabinet has approved a tax on undeveloped urban land that could be introduced as soon as the end of next year.

Saudi Arabia and five other Gulf Arab states have stepped up talks on imposing a value-added tax across the region; a United Arab Emirates official said governments were aiming to introduce it in three years.

Alsweilem said that in the long term, it would not be enough for Riyadh to increase domestic revenue sources - authorities would need to develop non-oil sources of foreign exchange to make up for oil revenues lost because of low prices.

Increasing non-oil exports would happen only slowly, so Riyadh should also consider introducing new policies to preserve its foreign assets and create a sovereign wealth fund to increase returns on them, he said.  – Reuters