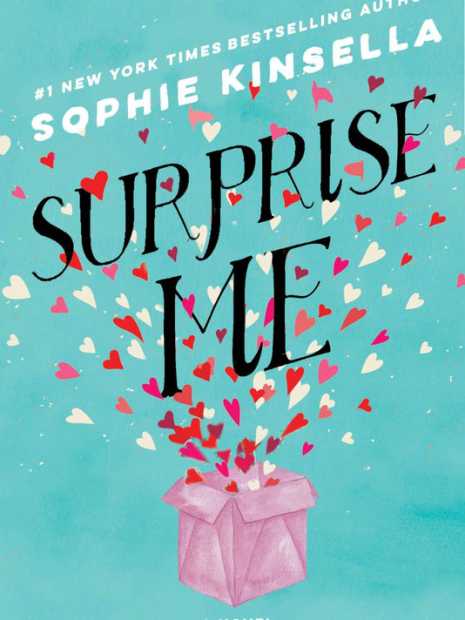 AN interesting tale about a couple who try to refresh their marriage with a series of surprises, which subsequently uncovers a dark family secret.

Surprise Me by Sophie Kinsella is a step away, albeit a small one, from her usual style, which may upset a few of her fans.

Kinsella, who is most notable for Confessions of a Shopaholic, has long been a favourite author of mine and while this book wasn’t as good as I had expected, it wasn’t a complete disaster.

Her witty dialogue and eccentric characters remained throughout and though the storyline took a somewhat darker direction than her other creations, it was a pretty good short read.

Perhaps it was this slight deviation from the style that gained her fame that resulted in the story being disjointed.

The narrative awkwardly moves the reader from one storyline to another and sometimes labours on a particular point too long and others not enough, meaning you’ll be dipping out the book from time to time to recall the details of a particular event.

The story centres on Dan and Sylvie who have been together for 10 happy years, but after a doctor tells them they will live to be 100, they frantically worry about filling so much time together.

The storyline follows this journey, initially presenting itself as ‘typical’ chick-lit about keeping the spark alive in a marriage, before diving deeper into relationships between family, couples, work and yourself. I enjoyed this novel and it didn’t take many pages before it absorbed my attention.

Surprise Me by Sophie Kinsella is available on all major e-book sites at varying prices from BD2 and up.