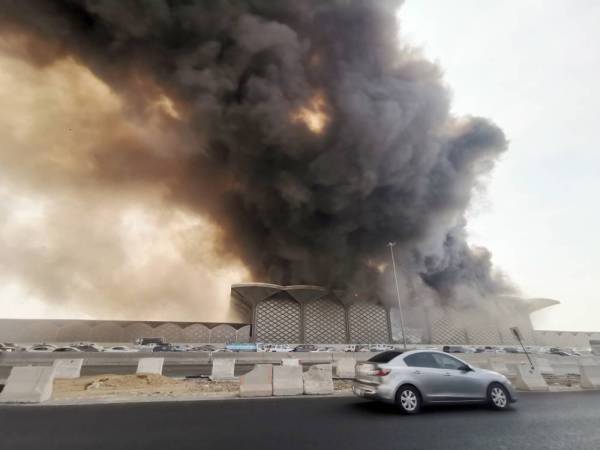 Saudi: A huge fire which broke out in Al Haramain High Speed Rail station in Sulaymaniyah district in Jeddah has been put out.

The Civil Defence authorities announced that they have contained the blaze early this morning.

The blaze which started at the fourth floor of the station yesterday at 12.35pm left 11 people sick after inhaling smoke.

Three people have since left the hospital while eight others are still receiving medical treatment.

An investigation was launched to probe the causes of the fire, which engulf large parts of the station, including offices and other sections.

The Haramain Rail line — which was inaugurated by the Custodian of the two Holy Mosques King Salman last September — links Mecca and Madinah. It began commercial operations in October 2018 between Makkah and Madinah.

It operates trains that travel at a speed of 300 kilometres per hour and is the fastest train in the Middle East.