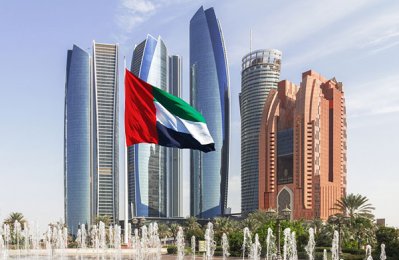 The UAE ranked first in the Arab World and 25th globally in the Global Competitiveness Report 2019, released by the World Economic Forum (WEF), a media report said.

According to the report, which assesses the competitiveness landscape of 141 economies, providing unique insight into the drivers of economic growth, the UAE gained two positions since the last edition, reported Emirates news agency Wam.

Abdullah Lootah, director general of Federal Competitiveness and Statistics Authority (FCSA) said the UAE government gives top priority to the process of continuous improvement of performance in vital sectors including economy, health, education and advanced sciences through which UAE’s national economy be able to join the ranks of advanced global economies.

This, he noted, will be made possible through continuous development of the economic structure by introducing legislations and resolutions on economic, administrative and corporate sectors which stimulate and accelerate the pace of growth in economic activities, support economic diversification strategy and create an attractive economic environment for both investment and investors.

Sultan bin Saeed Al Mansouri, Minister of Economy, hailed the UAE's advanced ranking in the Global Competitiveness Report 2019 as '' a new important milestone'' that will be added to the many remarkable achievements made by the UAE.

The leadership has adopted an economic model capable of being at the helm both regionally and globally, he added.

Launched in 1979, the report provides an annual assessment of the drivers of productivity and long-term economic growth. The assessment is based on the Global Competitiveness Index, GCI, which maps the competitiveness landscape of 141 economies through 103 indicators organised into 12 pillars.

These pillars are: Institutions, Infrastructure; ICT adoption; Macroeconomic stability; Health; Skills; Product market; Labour market; Financial system; Market size; Business dynamism; and Innovation capability. For each indicator, the index uses a scale from 0 to 100 and the final score shows how close an economy is to the ideal state or "frontier" of competitiveness.

In detail, the UAE has made significant improvements in 52 indicators in this year's report and maintained its performance in other 27 indicators of the 103 indicators.

The UAE has been ranked among the world's top five countries in 19 indicators and among the first 20 countries globally in 57 indicators - more than 50 percent of indicators monitored by the report this year.

As for sub-indicators, the UAE advanced in 17 out of 22 in 2019. The UAE came in the top ten globally: Public-sector performance (4th), Domestic competition (6th), Security (7th), Trade openness (7th), Entrepreneurial culture (8th), Infrastructure and transport (8th) and Future orientation of government (9th).

It came second globally in electricity access percentage of population, mobile-broadband subscriptions and internal labour mobility. It took the third place in Government's responsiveness to change and fourth in efficiency of legal framework in challenging regulations burden of government regulation, legal framework's adaptability to digital business models, future orientation of government, fibre internet subscriptions, pay and productivity and venture capital availability. It came fifth in Internet users, growth of innovative companies and distortive effect of taxes and subsidies on competition.

The UAE occupied the sixth place in efficiency of legal framework in settling disputes, quality of road infrastructure, attitudes towards entrepreneurial risk and efficiency of air transport services, seventh in organized crime impact on businesses, eighth in government ensuring policy stability and critical thinking in teaching, ninth in homicide rate per 100,000 population and growth of innovative companies, prevalence of non-tariff barriers and financing of SMEs.

Singapore has overtaken the US to become the most competitive nation in the world, according to the 2019 Global Competitiveness Report. Hong Kong was the third most competitive economy worldwide followed by The Netherlands. This year, the report finds that, as monetary policies begin to run out of steam, it is crucial for economies to boost research and development, enhance the skills base of the current and future workforce, develop new infrastructure and integrate new technologies, among other measures.

The Global Competitiveness Report is a flagship publication of the World Economic Forum’s Platform for Shaping the Future of the New Economy and Society.