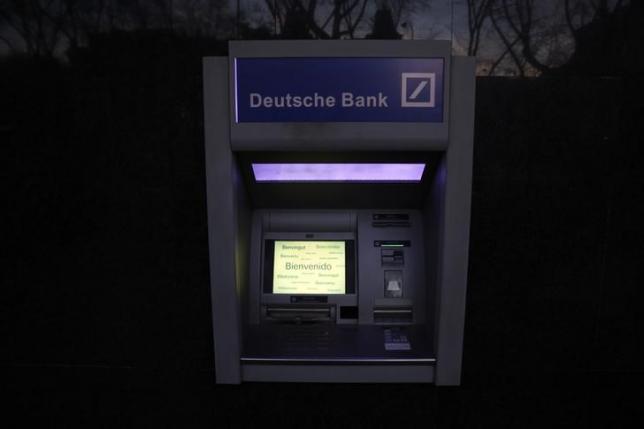 An ATM is seen outside a branch of German Deutsche Bank in Madrid, Spain, March 22, 2016. (Reuters Photo)

Deutsche Bank has fallen from third to fifth among the world's top investment banks, according to data released by financial industry research house Coalition.

The numbers now show Citigroup  and Bank of America ahead of Deutsche Bank. JPMorgan Chase and Goldman Sachs retained their positions in first and second place respectively.

The results were not a surprise, said Ram Nayak, Deutsche’s head of fixed income.

“They reflect a well-flagged shift in our strategy that has seen us focus on delivering a better quality of service to a smaller number of clients over a more targeted range of products,” Nayak said, according to the Financial Times.

Deutsche had been third in the poll since before the financial crisis. In October the bank announced that it was cutting 9,000 jobs, pulling out of 10 countries, reducing resources to its markets division and halting some markets activities as part of a five-year strategy designed to restore investor confidence.

The Financial Times first reported the news from Coalition.