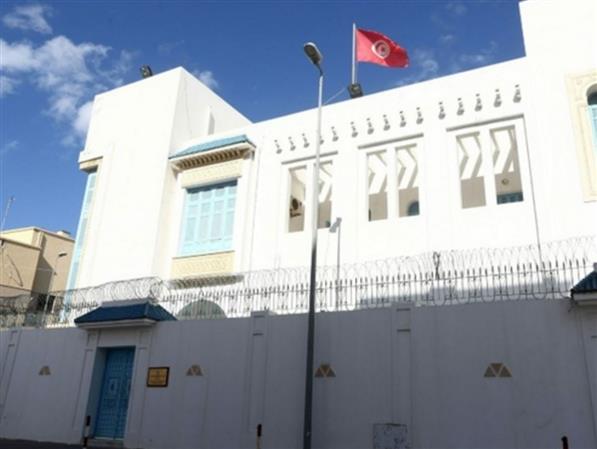 The Tunisian embassy in the Libyan capital Tripoli on April 17, 2014. (AFP Photo)

Tunis: Tunisia announced the re-opening of its diplomatic and consular mission in Tripoli.

A Foreign Ministry said the re-opening of the Tunisian diplomatic and consular mission takes place following the transfer in Tripoli of the Presidency Council of the Libyan Government of National Accord (GNA) and as part of strengthening ways of consensus between the different Libyan parties.

This decision is part of the concern to preserve the interests of the Tunisians expatriates in Libya, lend a listening ear to their concerns and contribute to the development of co-operative relations between the two countries in different fields, adds the same source.

This decision, which is also based on the historical relations binding the Tunisian and Libyan peoples, comes to strengthen Tunisia’s commitment to stand by the Libyans and support their efforts to preserve the stability, territorial integrity and unity of Libya.

Tunisia had welcomed on last Thursday the installation of the Presidency Council of the Libyan Government of National Accord in the Libyan capital Tripoli.

It called on the Libyan stakeholders to support this government and help it take office and fulfill its mission in the fight against terrorism, securing the borders and improving the living conditions of the Libyan people.