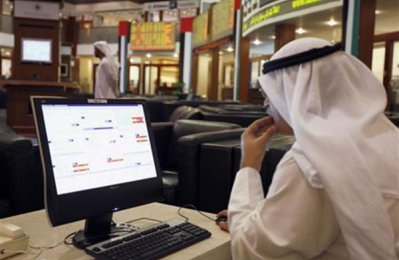 GCC yields were volatile in the first quarter of 2016 (1Q16) but ended the quarter little changed from 4Q15, a report said.

Investor confidence picked up on bullish oil price developments, but debt yields remained at levels higher than a year ago, added the latest Economic Update from the National Bank of Kuwait (NBK).

GCC yields picked up from 4Q15, peaking in late January, before subsiding gradually over the rest of 1Q16. The volatility in yields was driven by increased sensitivity to oil prices. Yields were pushed higher early in the quarter, at a pace not seen since the Fed taper tantrum, following the rapid decline of oil prices to 12-year lows.

Investor confidence benefited from the positive developments in oil prices, as well as from the reforms underway, to different degrees, in GCC countries. Credit default swap (CDS) rates, which reflect likelihood of borrower default, decreased significantly across the board, with Dubai benefiting the most. CDS rates were down between 34 and 86 basis points. Recent downgrades and outlook reviews by major rating agencies had limited impact on sentiment. GCC sovereigns had already begun applying counter measures to their fiscal challenges, calming investor concerns.

Despite these improvements, yields and CDS rates are higher for most GCC sovereigns from a year ago. Dubai’s yield on 5-year paper has increased by 58 basis points in the past 12 months, while its CDS rate is up 6 basis points for the same period, and 34 basis points higher from July 2015, when it recorded a yearly low. Meanwhile, Saudi Arabia saw its CDS rate jump 72 basis points since 1Q15, the second highest increase after Bahrain’s CDS rate, which increased by 89 basis points.

Saudi Arabia and Bahrain, by association, are two of the most oil sensitive economies. Yields and CDS rates could see upward pressure ahead, if moved again by oil prices or geopolitical concerns, though the latter seem to have abated.

The rise in debt pricing (lower yields) has led GCC sovereigns to step up their issuance efforts to help plug a combined estimated deficit of $140 billion for 2016. As of 1Q16, GCC sovereigns have issued $16.5 billion, leading the GCC’s primary debt market for the quarter. As a result, the GCC’s outstanding bonds increased by 18 per cent, to settle at $314 billion.

With most of their debt issued in local currency, the pick-up in sovereign activity continued to strain domestic liquidity. To offset the latter, some sovereigns relaxed monetary regulations. Kuwait and Saudi both increased their loan to deposit ratio (LDR), with Kuwait excluding interbank deposits from the LDR calculation. Interbank rates for these sovereigns have come off their highs, but still reflect liquidity pressures.

For fear of crowding-out their domestic markets, the GCC has begun to look outwards for financing with most announcing international bond issues and syndicated loans. Oman and Kuwait are seeking $5-$10 billion and $3 billion, respectively, in international bonds, while Saudi is in talks with foreign banks to secure a $6-$8 billion syndicated loan.

But, international creditors are demanding higher returns, which may hinder their borrowing efforts. Bahrain experienced this first hand when it withdrew an overpriced international re-tap (a bond offer with similar terms as a previous one). – TradeArabia News Service