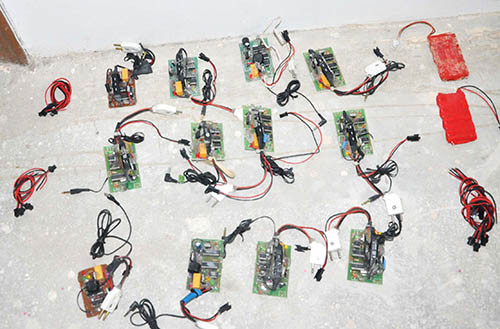 Electronic circuits allegedly used in bomb-making that were found at the house in Dar Kulaib.
Bahrain: MOTION-SENSOR bombs were recovered from a house in Bahrain during a police raid in which explosives and materials equivalent to 222kg of TNT were seized, it has emerged.   The high-tech munitions were recovered from a house in Dar Kulaib last June and 11 Bahrainis are now standing trial in connection with the huge weapons cache .