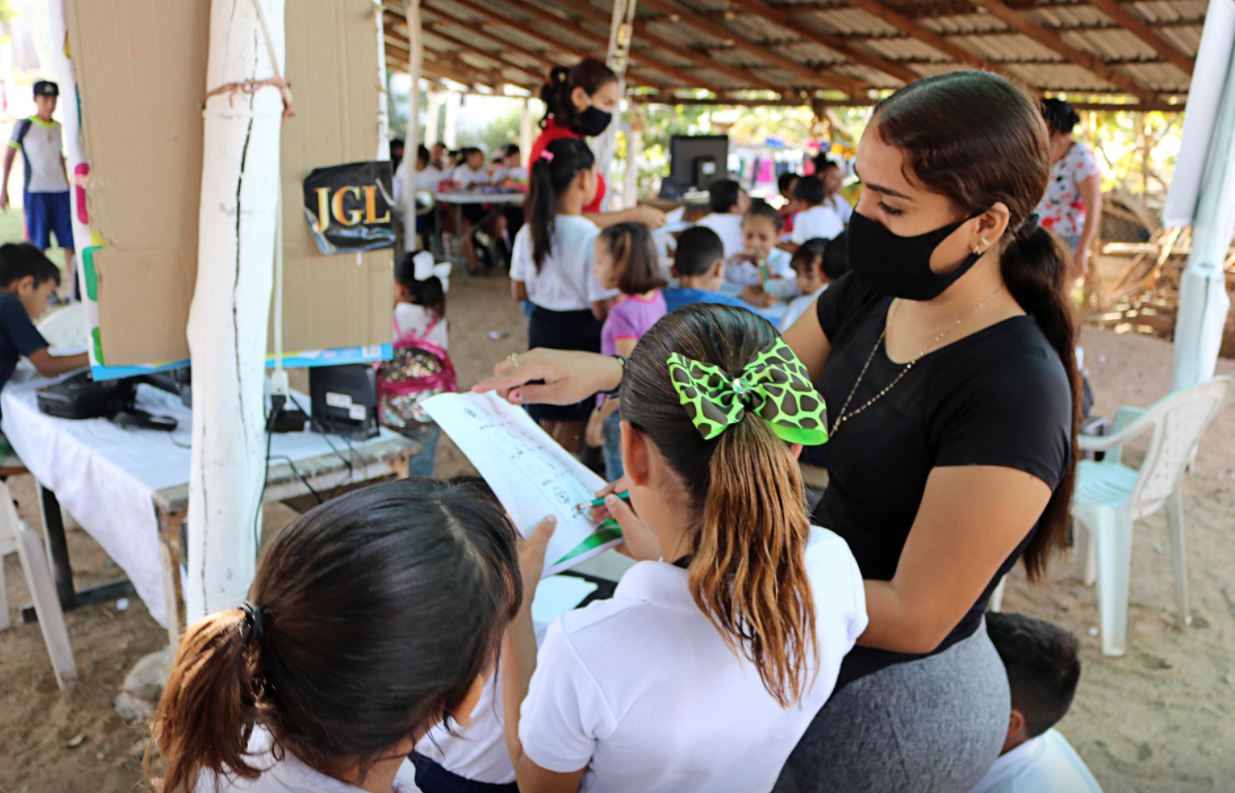 A teacher looks after their students in a classroom of a makeshift school that the children of Mexican drug lord Joaquin "El Chapo" Guzman helped to build near the city of Culiacan for families who have no access to online classes during the coronavirus disease (COVID-19) outbreak, in Culiacan, Mexico November 3, 2020. Picture taken November 3, 2020. REUTERS/Stringer

Culiacan: The children of former drug lord Joaquin “El Chapo” Guzman helped build a makeshift school near the Mexican city of Culiacan for families who have no access to online classes during the coronavirus pandemic, residents said.

Now serving a life sentence in a US prison, El Chapo is revered as a fallen folk hero and a community benefactor by some in his home state Sinaloa - despite the drug gang he headed unleashing violence in the state and elsewhere.

Some of El Chapo’s children, meanwhile, are following in his footsteps and have risen up the ranks of the Sinaloa cartel, heading a new wing of the crime gang, known as “Los Chapitos”.

Last year, Los Chapitos garnered global headlines and enhanced the family’s outlaw reputation when they laid siege to the state capital Culiacan to force the police to release Ovidio Guzman, one of their siblings.

Esmeralda Quinonez, a community leader in the Bicentennial Extension, an impoverished settlement north of Culiacan, said some El Chapo’s children had contacted her to enquire about what was needed most in the area and put up a makeshift school in just days.

Juan Alfonso Mejia, the state’s education minister who visited the school last week, told Reuters “the relevant authorities will have to find out who equipped the school”.

But he lauded the community’s efforts at the school, saying “it was incredible work that they are doing” during a difficult time in the middle of a pandemic.

Decorated with the JGL, the initials of Joaquin Guzman Loera, El Chapo’s full name, the new school is equipped with study and teaching materials, books as well as television sets, computers and internet.

Many children in the impoverished neighbourhood stopped studying altogether when schools closed because of the pandemic, locals said.

Families often live off what parents earn working on the vast landfill nearby, in homes with no internet connection or place that would allow their children to follow online and televised classes being broadcast by Mexican authorities during the pandemic.

“The idea is that children can learn while their parents are working in the landfill, and that they do not worry about food either, so this has motivated dozens of parents to send their children to this temporary school,” Quinonez said.

Between 70 and 90 children from different educational levels can now follow classes - either watching television or over the internet - at the site, where they are supported by volunteer teachers.

One of the teachers, Adilene Herrera, said she started helping children with their school work in her free time when she saw them on the streets all day, until their parents returned from work.