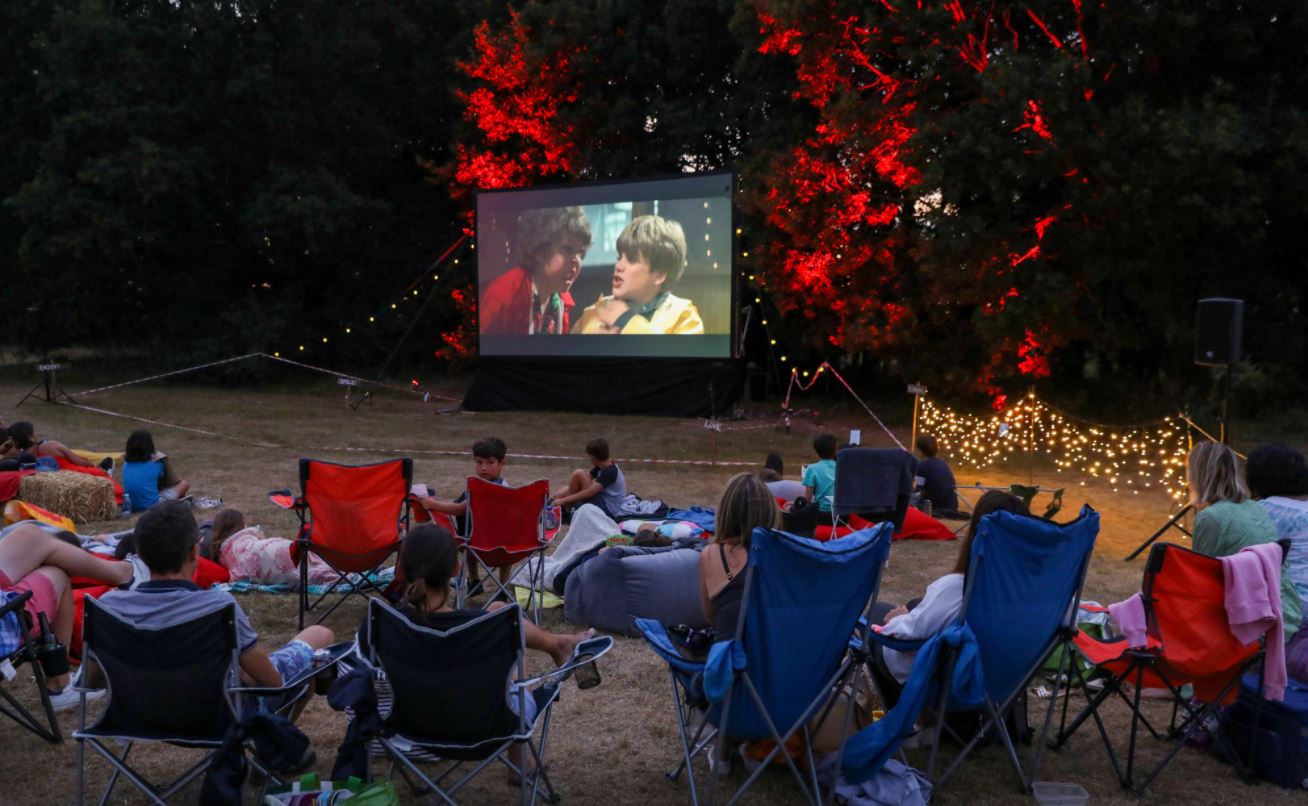 FILE PHOTO: People watch the movie The Goonies at "Sundown Cinema", an outdoor cinema which began during the coronavirus disease (COVID-19) outbreak, in a field in Ripley, Surrey, Britain, August 8, 2020. REUTERS/Kevin Coombs

Movie theatre operator Cinemark Holdings Inc struck a deal that will allow Universal Pictures to offer its movies in US homes as soon as 17 days after they debut in theatres, the companies said on Monday.

The multi-year agreement is similar to one that Comcast-owned Universal made in July with AMC Entertainment Holdings Inc, the world's largest theatre chain, embracing a major shift from traditional movie release patterns.

Under the arrangement, Universal could offer movies for sale via premium video-on-demand after they have played for at least three weekends in theatres, a statement from the companies said.

That would shrink the exclusive window a movie plays in theatres from the roughly 74 days that was typical before the Covid-19 pandemic shut down cinemas.

Movies that open with more than $50 million at box offices would be exclusive to theatres for at least five weekends, or 31 days, before they could be offered on demand.

That would likely include Universal’s big franchises such as “Fast & Furious” and “Jurassic World.”

“That was a concept that was very important to us, the concept of having a dynamic window instead of a static, one-size-fits-all (approach),” Cinemark chief executive Mark Zoradi said in an interview.

The company is in “active discussions” with other studios about similar terms, Zoradi added.

In a statement, Universal Filmed Entertainment Group Chairman Donna Langley said the studio was “more committed than ever” to the big screen.

The deal with Cinemark will “provide consumers with the optionality that they are looking for,” she said.

Universal is one of the few major studios sending movies to theatres in the coming months as many movie houses remain closed due to the pandemic.

The studio will debut animated film “The Croods: A New Age” on November 25, Tom Hanks drama “News of the World” on December 25 and three other movies before year’s end.

Theatres had long resisted moves to shorten the window of time they can show a movie exclusively, and threatened to refuse to show films if they were released too quickly on-demand.

That changed in July, when AMC reached the deal with Universal to allow premium video-on-demand after three weekends.

AMC will receive an undisclosed portion of the on-demand sales.

It is unclear if Cinemark, the third-largest theatre operator in the United States, also will earn a percentage of Universal’s on-demand revenue.