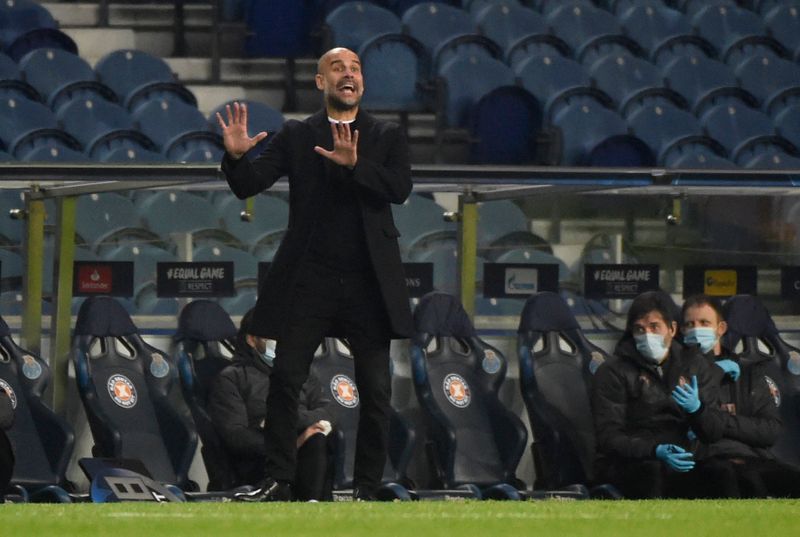 Manchester City coach Pep Guardiola says his players can now fully focus on turning the tide in the Premier League during a busy festive period after securing top spot in the Champions League Group C with one game to spare.

Guardiola’s side surrendered their 100% record in the Champions League group on Tuesday but a goalless draw at Porto was enough to finish as Group C winners with a potentially easier opponent in the last 16.

“In this period, this year especially, the Champions League was tricky. When you lose one or two games you have to go to the last game and during Covid that is tricky,” Guardiola told reporters.

“In all the games away we have played a really high level. In general, I am more than delighted with the performance in these games.

With Champions League knockout matches not taking place until February, Guardiola’s side can focus on reviving their Premier League campaign as they currently sit 11th - six points off leaders Tottenham Hotspur but with a game in hand.

Guardiola, however, wants to use the final Champions League group game against Olympique de Marseille to drive up the standards within the squad.

“It is not just about preparing for United and Old Trafford, because against Marseille we’re going to play to win,” the Spanish coach added.

“This is the way big teams create the mentality. It doesn’t matter what competition you play, you have to try to do it.”