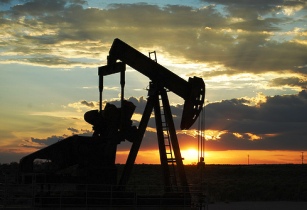 Muscat: BP Oman Chairman Yousef bin Mohammed al-Ojaili announced that the completion rate in the works to develop Khazan gas field reservoir and infrastructure project exceeded 70 percent by the end of last May, which confirms the company's commitment to complete the plans for the project.

He told Oman News Agency (ONA), “The first consignment of gas from the Khazan reservoir project will be delivered to the pipeline network of the Ministry of Oil and Gas in November 2017, according to the plan implemented by the company for start of operation”, explaining that the investment in the first phase of the project reached $13 billion.

The development of Khazan field, which began in 2014, is located in the concession area in block 61. Oman Oil Company Exploration and Production owns 40 per cent of the project, and BP Oman owns 60 percent.

Khazan Field is one of the largest non-traditional narrow reservoir (tight gas) gas projects in the Middle East.

Al-Ojaili explained that BP Oman plans to start before the end of the year 2016 the drilling of the first exploratory well of gas within the framework of the second phase development of the Khazan field.

The Sultanate's production of natural gas and import last year was 39 billion and 806 million cubic meters.