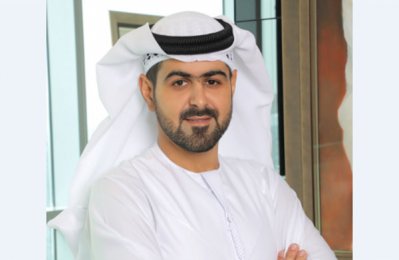 Gulf Marketing Group (GMG), a leading family-owned holding company, has announced its further expansion and investment in Saudi Arabia with the opening of a new head office in Riyadh.

The group’s Deputy Chairman and CEO Mohammad A Baker hopes to double the company’s 1,200-strong workforce in the country once normal trading conditions resume after the Covid-19 pandemic.

GMG already has a strong presence in Saudi Arabia thanks to its nationwide network of approximately 90 outlets, including those of its Sun and Sand Sports chain, the Middle East’s largest sports retailer and distributor of global brands including Nike, Columbia, and Vans.

Baker said the group anticipates further growth from its sports retail operations following the recent opening of a 23,000-sq-m warehouse outside Riyadh, which will complement existing office and warehousing facilities in Jeddah.

It is also hoping to introduce food and healthcare brands from its portfolio, he added. Meanwhile, the company is strengthening its online retail services, as well as hosting more in-store innovations, such as contactless mobile checkouts, in response to changing consumer habits post Covid-19.

“The fact that our new Riyadh headquarters is three times bigger than our old offices clearly signals the scale of our ambitions in Saudi Arabia and our commitment to invest – not only in brick-and-mortar operations but also in our people, over half of whom are Saudi citizens,” noted Baker.

“Next year, we celebrate 15 years in Saudi Arabia, and strengthening our presence in the Kingdom is essential if we are to realize the next phase of our growth in the region’s largest economy and one of the fastest-growing retail markets.”

“We believe Saudi Arabia has immense untapped potential. The government’s recent initiative calling upon the international private sector to further invest in the Kingdom is to be welcomed, particularly because it will pave the way for further job creation,” Baker added.

According to a recent Euromonitor report, sales of premium sports brands such as Nike performed strongly towards the end of last year in Saudi Arabia, and this trend is set to continue with consumer spending expected to rebound quickly once the social restrictions imposed by the pandemic start to ease.

Baker added that the group is eager to ramp up its community engagement in Saudi Arabia. As the official Nike distributor in Saudi Arabia, GMG already works closely with the Saudi Sports for All Federation (SFA) to promote participation in sports and more active lifestyles, in a country where diabetes and obesity rates exceed the global average.

“Steady progress has been made over the past decade, but there is much more to be done and we are eager to be a partner, working with young people especially, to make regular exercise part of their daily routine,” concluded Baker. – TradeArabia News Service