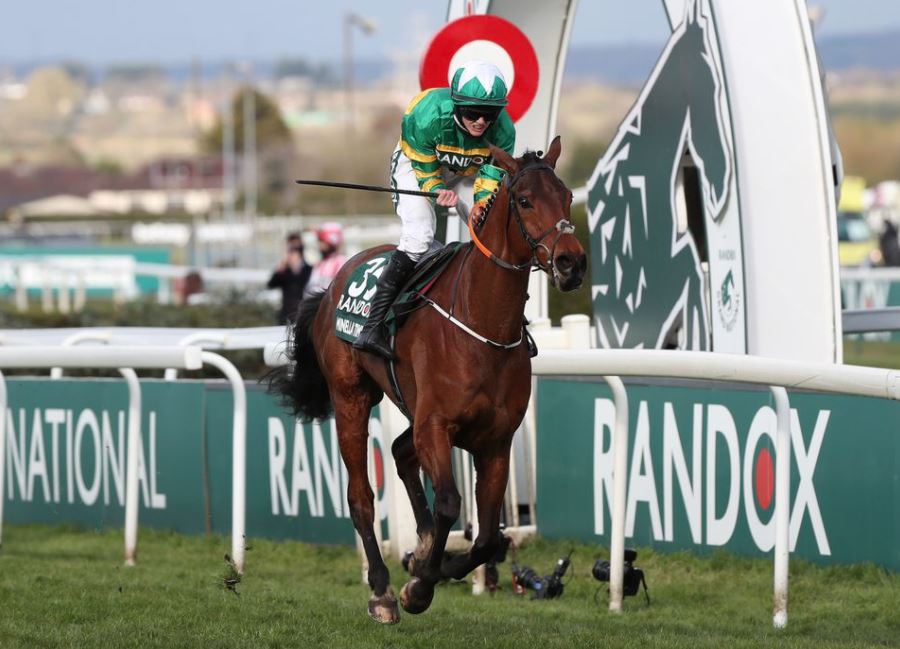 Grand National winning jockey Rachael Blackmore was described as an "inspiration" after becoming the first female to ride the winner at the world's most famous race on Saturday.

The Irishwoman produced a masterful ride on 11-1 shot Minella Times to win by six lengths after taking control two fences from home at the Aintree course.

Katie Walsh, whose third place in 2012 had been the best previous effort by a female jockey in the race, said Blackmore's feat was a great result for racing.

"This is the most watched race in the world, there are people who are going to hear about this in all different parts of the world and it's just brilliant for horseracing and I'm delighted for Rachael," she said.

"She's an inspiration to male and female jockeys and she's inspiring. The result couldn't have been any better."

Blackmore, 31, guided the eight-year-old Minella Times safely over the 30 fences while many others in the 40-strong field failed to reach the finish.

It continued an incredible year in which she won six races at the Cheltenham Festival, including becoming the first female winner of the Champion Hurdle.

"It is huge. It's history, but I suppose this has been coming over time. There's been more women riding in the National over the last couple of years," Walsh said.

"She's a star. She's so tactically aware, she's as hard as nails both mentally and physically, she can take the ups and the downs and she deserves this. This isn't just pot luck or a fluke, she's worked hard to get this."

Blackmore, the daughter of a dairy farmer and a school teacher who hails from County Tipperary and has a degree in equine science, has given horse racing a welcome shot in the arm after a bumpy ride caused by the Covid-19 pandemic and some unsavoury headlines in recent months.

AP McCoy, who until Saturday had ridden owner JP McManus's only Grand National winner, said it was brilliant for the sport.

"She's an amazing rider and she proved that at Cheltenham, but to win the biggest horse race in the world is great for the sport," he said.

"It gives every young girl hope of winning the biggest race in the world and winning any racing for that matter."