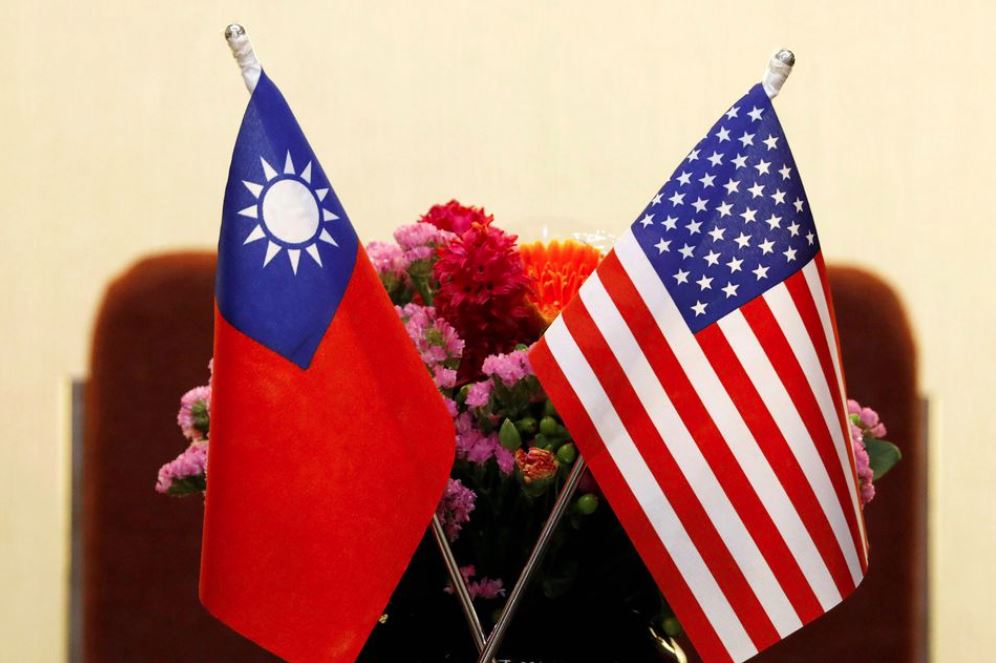 Flags of Taiwan and US are placed for a meeting in Taipei, Taiwan March 27, 2018. (Image credit: Reuters)

Taiwan said on Wednesday its chip companies will adhere to US rules after Washington added seven Chinese supercomputing entities last week to an economic blacklist and after a Taipei-based chipmaker halted orders from one of the entities named.

The US Commerce Department said the seven Chinese entities were "involved with building supercomputers used by China's military actors, its destabilizing military modernisation efforts, and/or weapons of mass destruction programs."

Companies or others listed on the US Entity List are required to apply for licenses from the Commerce Department that face tough scrutiny when they seek permission to receive items from US suppliers.

Tech-powerhouse Taiwan's firms are major suppliers of semiconductors globally, and Economy Minister Wang Mei-hua said they would follow Taiwanese and US rules.

"Our companies, whether producers or exporters, must accord with our country's rules. Of course the United States has new rules, and our companies will pay attention and accord with the key criteria of the US rules," she told reporters.

The US move came amid its rising tensions with China over Taiwan. China has never renounced the use of force to bring the democratically ruled island under its control.

It also came amid a global shortage of semiconductors that has thrust Taiwan centre-stage into the technology supply-chain.

On Tuesday, Taiwan's Alchip Technologies Ltd said it had stopped production for all products related to Tianjin Phytium Information Technology, which is on the new US list.

Alchip, which said 39 per cent of its revenue last year came from Phytium, added that it was collecting "detailed documents for our US counsel to determine if the products are subject to EAR (Export Administration Regulations)".

A US Bureau of Industry and Security "permit will be obtained for Phytium's products if necessary", it added.

Its share price tumbled 9.9 per cent on Wednesday, bringing losses to more than a third of the shares' value since the Commerce Department's announcement last week.

TSMC said it could not confirm the report, and declined further comment.

TSMC shares closed up 1.16 per cent on Wednesday, outperforming a 0.24 per cent rise in the broader Taiwanese stock market.