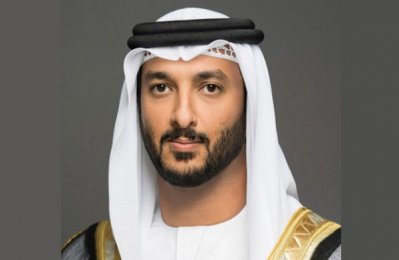 The positive growth rates of the UAE’s economy will be restored by the end of 2021, estimating  a 2.5 per cent growth in real GDP, and 3.6 per cent in non-oil real GDP, said Abdulla Bin Touq Al Marri, UAE Minister of Economy.

The preliminary results of the country’s economic performance by the Federal Competitiveness and Statistics Centre highlight the effectiveness of the proactive economic measures and incentive packages rolled out by the UAE government, based on policies that highlight the country’s speed and flexibility in responding to global changes, as well as its constant efforts to promote economic diversification.

The results revealed that the country's macroeconomic indicators had seen a relatively limited decline in the gross domestic product and in the non-oil GDP last year by 6.1 per cent and 6.2 per cent, respectively, at constant (real) prices compared to 2019. This is comparatively low decline considering that the slump in major global economies reached several times lower.

Al Marri indicated that the year 2020 was an unprecedented year full of economic and health challenges that negatively impacted major global economies, and the UAE was not immune to the global economic system in this vulnerability. This is particularly so since the country's economy is linked through foreign trade, foreign investment, tourism and the logistical sector with the movement of trade and investment and global transportation, which declined significantly in 2020 worldwide.

However, the government's proactive economic policies in dealing with the repercussions of the crisis, and the launch of supportive economic packages had a positive role in limiting the negative effects of the pandemic on various vital sectors and on economic activity in particular.

The activation of all economic initiatives related to non-oil sectors and activities contributed positively to enhancing the stability of the country's non-oil domestic product in the year 2020, as it reached AED1,005.6 billion ($274 billion) at constant prices. Meanwhile, the GDP at constant prices for the year 2020 amounted to AED1,418.9 billion.

In terms of negatively affected economic activities among the components of the real GDP for the year 2020 compared to 2019, accommodation and food services activities witnessed a negative growth of 23.6 per cent, as well as transportation and storage activities by 15.5 per cent.

Al Marri underlined the importance of the initiatives implemented by the government with the participation of the private sector, including the efforts to improve procedures and legislation and diversify services, thus preserving the country’s position as an environment that attracts investments on an ongoing basis. These efforts also contributed to promoting foreign trade and opening up to the world as one of the components of international economic relations.

The success and complementarity of these policies also support the requirements for rapid economic recovery in 2021, promote future growth and sustainable development, achieve economic prosperity and decent living for all citizens and residents of the country, apart from highlighting the UAE’s capabilities and leadership at the regional and international levels.

He pointed out that the UAE continues the policy of economic openness as an approach and practice and is working on adopting a forward-looking vision to enhance its position as a global investment environment. These efforts fall in line with the directives and visions of the wise leadership, which believes in the importance of continuing work and employing all capabilities to enhance the national economy’s position as one of the region's most diverse and growing economies.

The Minister of Economy affirmed that the UAE government is keen to implement best practices that would support its efforts in managing the economic file and enhancing its flexibility in dealing with the challenges created by the global pandemic in the medium and long term. He added that the country's priorities are to accelerate economic recovery and the shift to the new economic model based on modern technology and fourth industrial revolution.

He explained that the Ministry of Econnomy, in cooperation with all concerned government entities, is working according to an ambitious vision to double the national economy over the next ten years, to reach AED3 trillion by 2031. – TradeArabia News Service