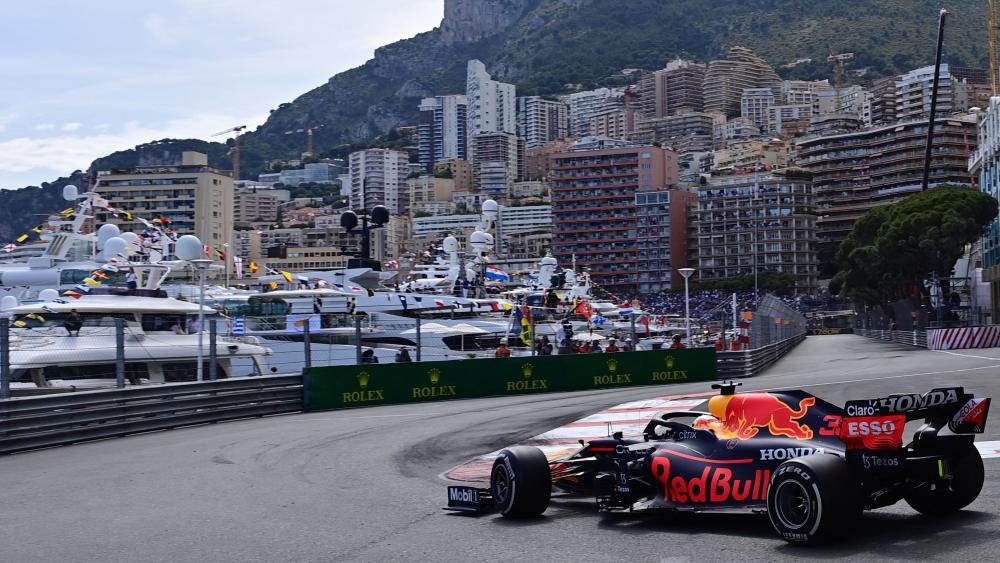 Red Bull’s Max Verstappen breezed to his maiden Monaco Grand Prix win over the Ferrari of Carlos Sainz and McLaren’s Lando Norris, with Ferrari polesitter and home hero Charles Leclerc failing to take the start after suffering a pre-race driveshaft issue – Verstappen also claiming the lead of the drivers’ championship for the first time in his career after Lewis Hamilton finished a disappointed P7.

Starting effectively from pole after Leclerc’s cruel side-lining, Verstappen out-muscled Mercedes’ Valtteri Bottas off the line to take a lead that he would only briefly relinquish in the pit stops, Verstappen claiming his second win of the season, and his first ever podium in Monaco.

In an off-day for world champions Mercedes, a disgruntled Hamilton could do no better than seventh (the same position he started) to lose his lead of the championship to Verstappen – who now heads Hamilton 105 points to 101 – while Bottas had even worse luck, after a stuck right-front tyre in his pit stop forced him into retirement.

That left former McLaren team mates Sainz and Norris P2 and P3, Sainz now at Ferrari salvaging the day for the Scuderia to take his first podium in red, while some brilliant strategy from Red Bull allowed Sergio Perez to overcut his way from P8 to P4 in the pit stops.