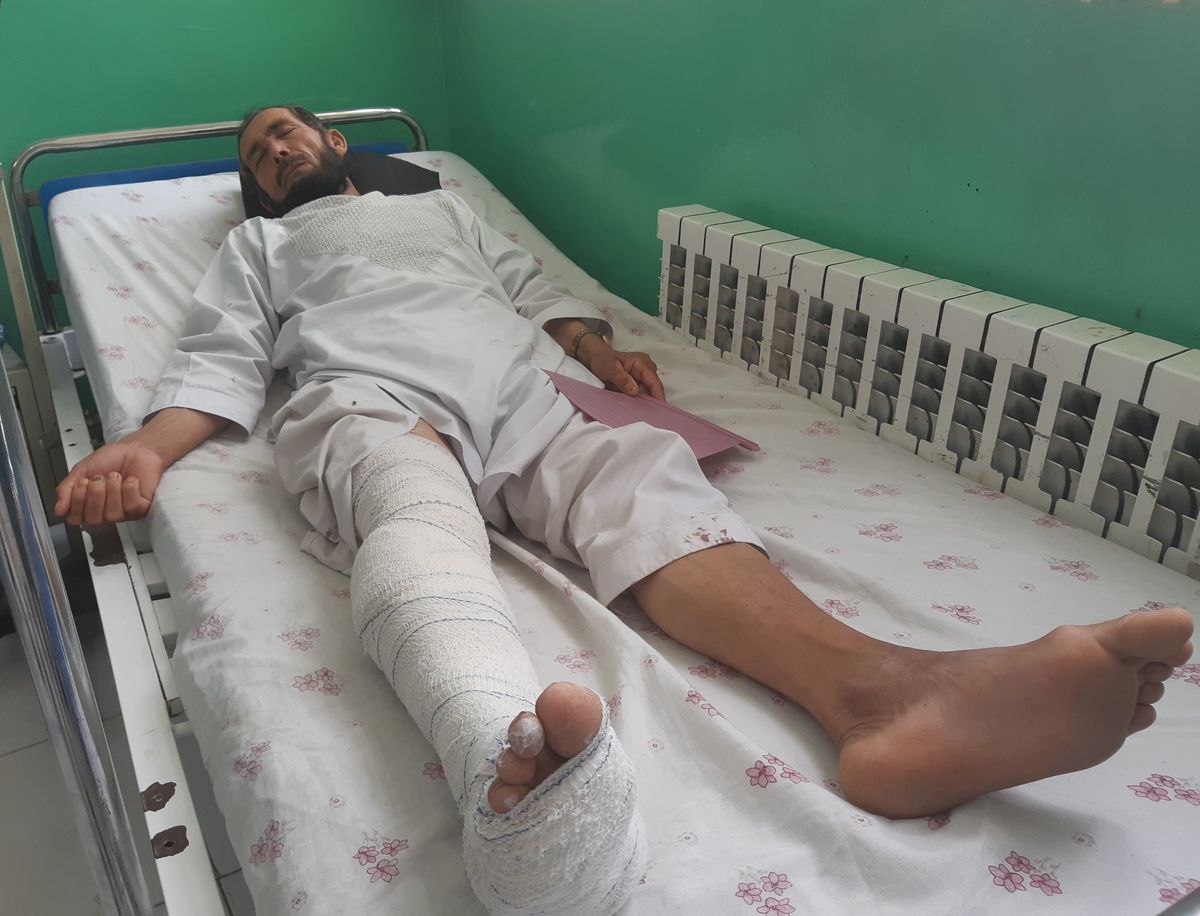 A wounded worker from Halo Trust, a de-mining organisation, receives treatment at a hospital in Baghlan province, Afghanistan June 9, 2021. Reuters Photo
KABUL: Gunmen shot dead 10 Afghans working for the international demining organisation the Halo Trust in an attack on their camp in the north of the country, Halo said yesterday.
Halo did not attribute blame for the attack, saying only that an “unknown armed group” carried it out. Afghan officials blamed it on Taliban insurgents.
Reuters had earlier erroneously reported that Halo had said the Taliban were responsible for the killings.
The insurgents, fighting to overthrow Afghanistan’s foreign-backed government, denied involvement in the attack on the camp in the northern province of Baghlan, where fighting has been heavy in recent weeks.