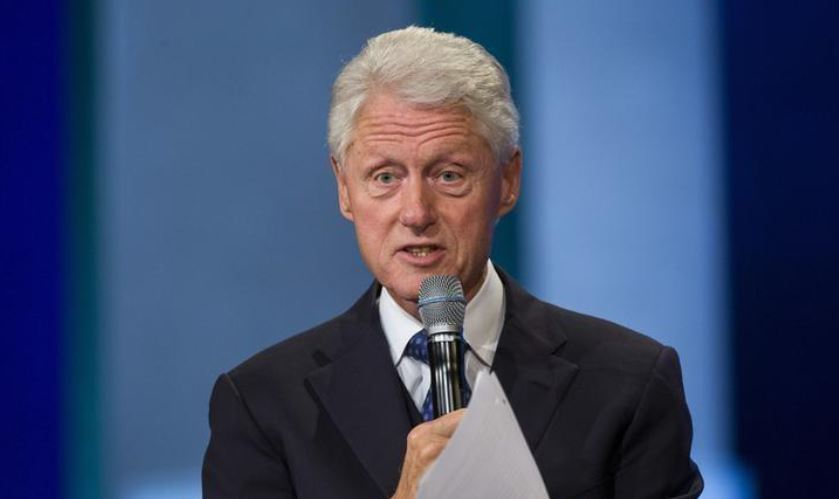 Bill Clinton, who was president of the United States from 1993 to 2001, has written his second novel with renowned author James Patterson.

'The President's Daughter' details a fictional tale of a former president's daughter being kidnapped.

Children of White House officials, normally granted secret service protection, lose that benefit once their parent(s) are out of office.

"And normally that's fine because there's no real danger, but when I left, 9/11 hadn't happened yet. Bin Laden still had me under a fatwa because I'd tried so hard to kill him, or at least capture him. And it intensified after the African Embassy bombings in 1998. And so I was worried about anybody in my family being collateral damage. And then Hillary becomes the senator for New York so, you know, it was personal to me to the extent that I thought about 'how would you handle this?'"

January 6th this year saw an insurrection of the Capitol which made headlines all around the world. A mob of protesters led by the former president Donald Trump were encouraged to storm the building in an attempt to 'stop the steal' and 'reclaim election victory' for Trump. This high-profile security breach is partly what inspired Clinton to write his novel--we are living in a world with great threat to security and safety.

He talks about the insurrection: "Well, they were encouraged to show up. And because they were told by people they'd gotten into the habit of listening to, that the whole thing was, you know, rigged. I was horrified and this was the next logical step in the polarisation of America."

This year's G7 meeting, which kicks off tomorrow, will bring world leaders together to discuss the economic, political and environmental challenges facing the world today.

Clinton stresses the importance of vaccine equality as a topic of high priority that the G7 leaders should discuss:

"I think G7 has a big obligation to get this vaccine out as quickly as possible to poorer countries. It's fine for countries like the United States that have surpluses to give their surplus away in a way that is most efficient and deals with the need, but there are lots of places around the world with the capacity to make high-quality vaccines.

"And I think G7, G8 and the whole international vaccine effort should be focused on really jamping up the production everywhere and getting them out, because look at all these variants that keep coming up, what they're facing in Vietnam now, the horror they've just been through in India. All of this is going to come back to the UK and the United States."

When asked about what he liked about his new career as a writer, Clinton said, chuckling: "The great thing about being a writer is they don't force you to retire! The only thing that can retire you is when people stop reading your books. You get the message."