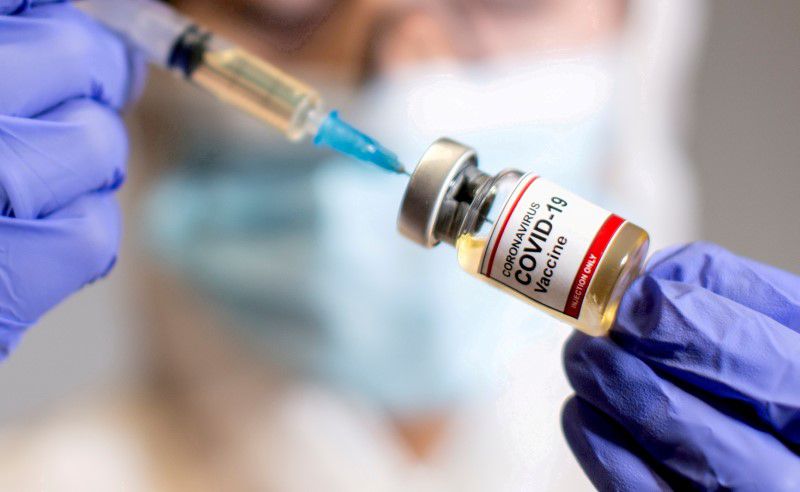 A woman holds a small bottle labelled with a "Coronavirus COVID-19 Vaccine" sticker and a medical syringe in this illustration taken October 30, 2020. REUTERS/Dado Ruvic/File Photo

The Group of Seven countries have agreed to step up their production and delivery of Covid-19 vaccines around the world, European Union Council President Charles Michel said on Sunday.

A draft of a communique from the G7 summit on Sunday said the club of rich democracies would provide 1 billion Covid-19 vaccine doses over the next year and work with the private sector, the G20 and other countries to increase the contribution in the coming months.

"The priority was to ensure we can meet the demand for vaccines, and here the EU has taken the leadership.

Partners have now joined us to accelerate production and delivery of vaccines worldwide," Michel, who chairs summits of EU leaders, said in a video message on Twitter, after attending the summit.

An EU official said the bloc had pushed during the talks, hosted by Britain, for a commitment to speed up access to vaccines, and that the final communique would include an aim to vaccinate the world's population and end the pandemic in 2022.

"The relation was strained over the past years. Now it looks reinvigorated," the official said.