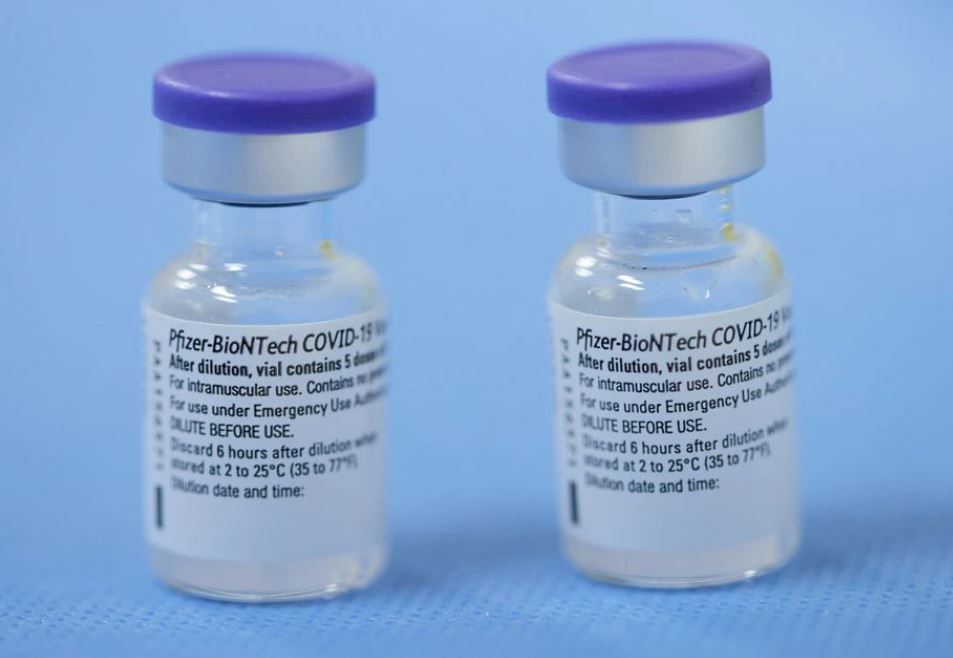 Vials of the Pfizer-BioNTech vaccine are pictured in a vaccination centre in Geneva, Switzerland, February 3, 2021. (Image credit: Reuters)

Israel this month will present data from an extensive rollout of Covid-19 vaccine booster shots to the US Food and Drug Administration, which is weighing White House plans to begin a booster drive in the United States.

Sharon Alroy-Preis, head of public health at Israel's Health Ministry, said the ministry had been asked by the US Food and Drug Administration (FDA) to brief its advisors at a September 17 meeting.

The virtual session will consider a third booster shot of the Pfizer Inc /BioNTech SE vaccine and may discuss others.

"We have been asked to come and present Israel's experience and our data so that we can truly help the whole world to learn," Alroy-Preis told Israeli Channel 12 TV news.

A week ago Israel began offering a Pfizer Covid-19 booster to people as young as 12 in a campaign that began in July among seniors. Israeli health officials said the drive has slowed a rise in severe illness caused by the Delta variant.

Officials have said the effectiveness of the second dose of the Pfizer vaccine waned five months after administration, making a booster necessary. A third dose, they said, restored the level of protection of the second shot.

So far 2.6 million people out of a population of 9.3 million have received three doses of the Pfizer vaccine in Israel.

US President Joe Biden had been expected to launch a campaign to administer 100 million booster shots on September 20. But US vaccine makers other than Pfizer have lagged in seeking authorisation for an additional dose.