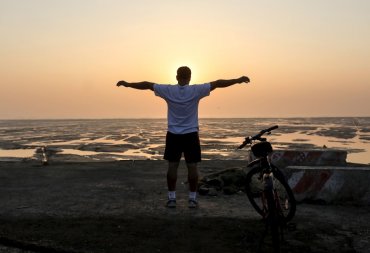 Bahrain: Exercise during Ramadan is best done after Iftar when the body is satisfied and hydrated, according to a top trainer.

Personal trainer and nutritionist Elouise Kellerman, who runs Impulse Fitness Studio in Umm Al Hassam, said that for those who exercise consistently, stopping during Ramadan could be damaging in terms of strength and endurance.

She also advised people to slightly reduce their workouts to ensure energy reserves were not depleted.

“When you are already exercising you do not want to stop all together because an entire month of inactivity can give you significant setbacks in strength and cardiovascular endurance,” she told the GDN.

“Not to mention the mental and emotional effort it would take to become consistent again.

“The best time to weight train during Ramadan is after Taraweeh prayers at night.

“This will ensure that you will have several meals and plenty of water in your system before going to the gym.

“This will also allow you to consume your all-important post workout meal or shake which is essential for muscle growth and even fat loss.”

Another alternative training time would be an hour after Iftar, but Ms Kellerman stressed those workouts should be short.

“If this is too late then the next best time to weight train is about one hour after Iftar,” she added.

“You could do a short but intense 30-minute workout.

“For cardio workouts, the best time for maximum fat loss is before Suhoor. Of course, most people I know will not want to get up at around 2am and do cardio.

“If you can pull this off then the best thing to do is get up and drink plenty of water with a cup of coffee or green tea, wait 30 minutes and perform 30 to 45 minutes of moderate intensity cardio work like a brisk walk on a treadmill.

“Do keep workouts short, about 30 minutes to a maximum of 60 minutes.” 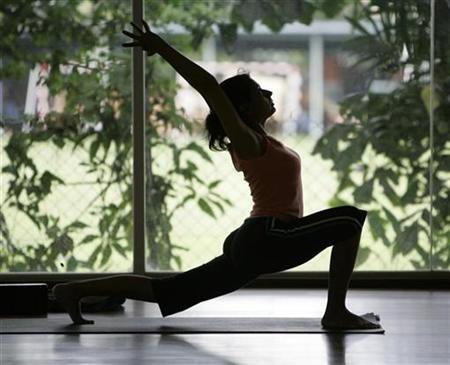 Types of food consumed after breaking the fast is also incredibly important to recovery, according to Ms Kellerman.

“Due to the long hours of fasting, consume slow-digesting foods including fibre containing foods, such as whole-wheat grains, seeds, vegetables such as green beans, peas, spinach, and dried fruit, especially dried apricots and almonds, which last up to eight hours, rather than fast-digesting foods, which last only three to four hours,” she explained.

“Avoid anything hot, spicy or salty. Too much salty food will make your body retain water and give you the feeling of being bloated, while spicy foods also induce thirst.

“Although it may be tempting to reward the day’s abstinence with sugary, fatty and deep-fried dishes, I strongly advise against indulging in the wrong types of food.

“It’s common in Ramadan to enjoy certain types of appetisers, such as samosas or kibosh.

“However, having them in a lighter version, that is baked not fried, will guarantee less after-meal discomfort and less calorie intake.”

Ms Kellerman also emphasised the importance of waking up for Suhoor in order to provide the body with the necessary fuel to survive the gruelling 15 hours of fasting.

“While it is tempting to sleep, waking before dawn for Suhoor is also an important step in maintaining health during Ramadan,” she said.

“People tend to skip this meal, ignoring the fact that your body needs a source of energy to maintain production levels during the day.

“A perfect Suhoor meal will consist of complex carbohydrates, such as whole-wheat bread with protein, boiled eggs, turkey slices or white cheese.”