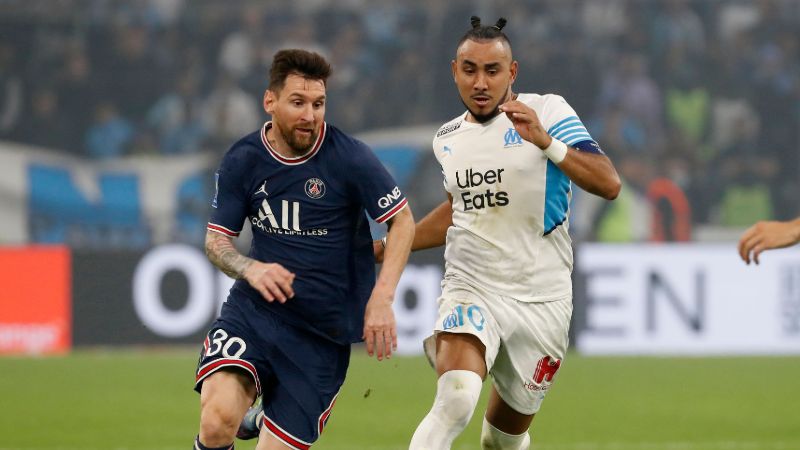 MARSEILLE - Ligue 1 leaders Paris St Germain dropped two points as they were held to a 0-0 stalemate at bitter rivals Olympique de Marseille after playing more than half an hour with 10 men amid minor crowd trouble on Sunday.

The game was briefly paused twice because of incidents involving OM fans after both teams had goals disallowed in an entertaining first half.

PSG, who had Achraf Hakimi red carded in the 57th minute, have 28 points from 11 games and lead RC Lens by seven points and Nice by nine.

Marseille, who will replay their game against Nice on Wednesday after it was abandoned after serious crowd incidents in August, are fourth on 18 points from 10 matches.

PSG thought they had an early goal when Luan Peres deflected Neymar's fluffed shot into his own net but a VAR review ruled that the Brazilian was offside.

It was then Marseille's turn to be disappointed after Arkadiusz Milik's goal was disallowed for an offside position.

The game was paused for three minutes when fans threw objects onto the pitch at a corner, putting pressure on Marseille after they were handed a suspended points deduction following crowd trouble in a game against Angers.

The visitors were dealt a massive blow just before halftime as midfielder Marco Verratti was forced off and replaced by Idrissa Gueye after taking a knock on his left hip.

The match took a sour turn for PSG when Hakimi was sent off for a foul on Cengiz Under as the last defender 12 minutes into the second half.

Valentin Rongier came close to opening the scoring in the 65th minute but his downward header went just wide.

There was more trouble for Marseille when a supporter ran onto the pitch towards Lionel Messi before being escorted out by stadium stewards.

PSG were left banking on counter attacks but the hosts stayed alert at the back with William Saliba saving the day for OM with a match-saving tackle on Kylian Mbappe, who was running clear on goal seven minutes from time.

Mbappe was the most dangerous player for his team as Messi had a night to forget, the Argentine's only chance coming in the first half with a header that went over the bar.