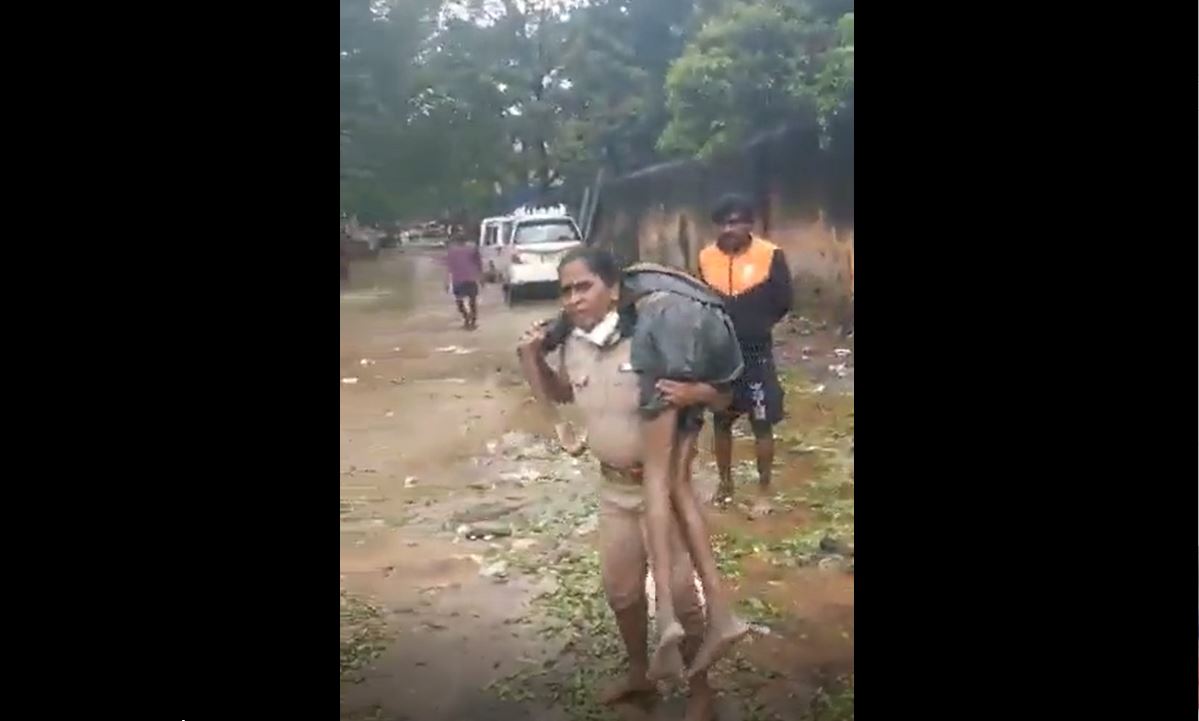 A video of Inspector Rajeshwari carrying an unconscious man on her shoulders in Chennai went viral as the city battled waterlogging due to unprecedented heavy rainfall.

Inspector Rajeshwari's heroic act became symbolic for the heart and spirit of the city of Chennai, rallying together in a time of need.

Chennai Police had received information that a body had been spotted under a fallen tree in Kilpauk Cemetery.

Inspector Rajeshwari, upon inspection, discovered the man was still breathing and hoisted the man onto her shoulders and carried him onto an auto-rickshaw- a three-wheeled vehicle commonly used in India.

#WATCH | Chennai, Tamil Nadu: TP Chatram Police Station's Inspector Rajeshwari carries an unconscious man, on her shoulders, to an autorickshaw in a bid to rush him to a nearby hospital.

Chennai is facing waterlogging due to incessant rainfall here.

The video shows the Inspector shouting instructions at her subordinates to find a sheet to cover the unconscious man as she laid him in the backseat of the auto-rickshaw.

She is also seen asking the driver to ensure that the man survives the trip to the hospital.  As the vehicle drives away, the policewoman turns back to her job of clearing the area in the rough weather.

The man, identified as Udhay Kumar (28), tragically succumbed to his injuries.

Indian news channel NDTV asked Inspector Rajeswari how she managed to lift and carry the man on her shoulders, to which she replied, "I am 53 but am into athletics and when it comes to saving a life, there is no thinking twice, I just jump in!"

Inspector Rajeshwari is known as a brave and proactive police officer, who has sensitively handled cases of gender violence and drug trafficking in the past.