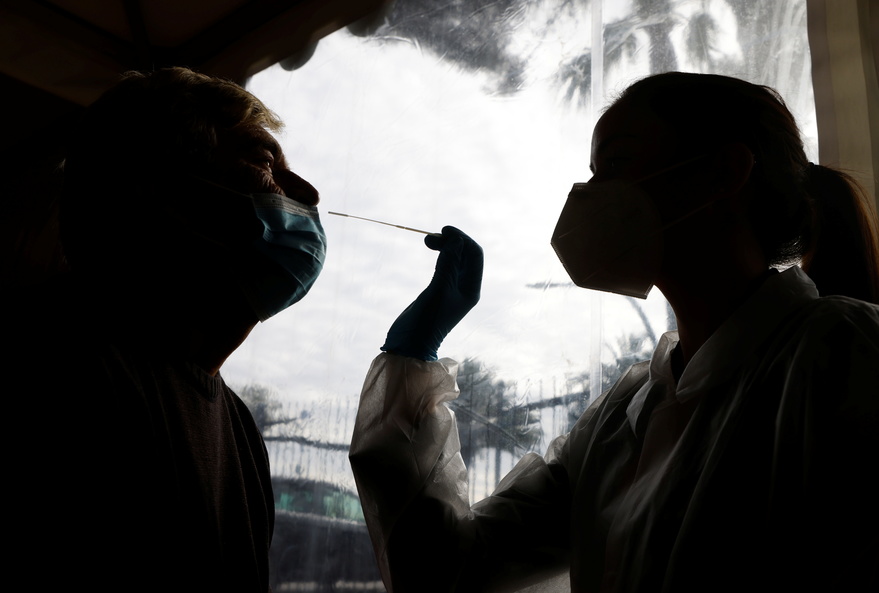 A medical worker administers a nasal swab to a patient at a coronavirus disease (Covid-19) testing center in Nice, France, November 17, 2021. - Reuters Photo

France registered more than 20,000 new confirmed coronavirus infections on Wednesday for the first time since Aug. 25 as the fifth wave of the epidemic picked up speed.

France's Covid-19 incidence rate - the number of new cases per week per 100,000 people - rose further to 129, although that remained well below neighbouring countries such as Germany, Britain and Belgium where such rates are several times higher.

Government spokesperson Gabriel Attal said earlier on Wednesday that France is being hit by a fifth wave of infections but added that no extra restrictive measures are on the agenda for now. The government hopes that a high vaccination rate will limit the number of people needing hospital care for the disease.

However, the French government's top scientific adviser Jean-Francois Delfraissy also said on Wednesday that authorities may have to ask companies once again to make greater use of home-working.