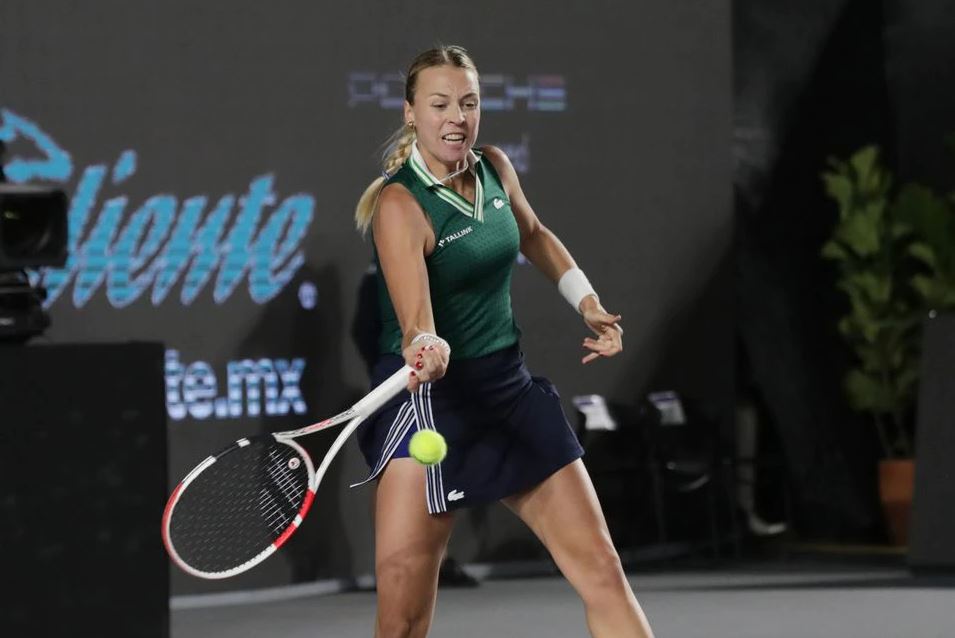 Anett Kontaveit put aside losing to Spain's Garbine Muguruza in the championship match of the WTA Finals in Guadalajara on Wednesday, saying the momentum from her memorable end-of-season run would hold her in good stead next year.

Kontaveit was ranked 30th in the world in August but title wins in Cleveland, Ostrava, Moscow and Cluj in the second half of the season catapulted her into the top 10.

The 25-year-old Estonian will finish the year with a career-best ranking of seven, according to the WTA.

"I think (this season) definitely has given me so much confidence, so much self-belief," Kontaveit told reporters after the 6-3 7-5 loss to Muguruza.

"Looking forward to just taking some time to reflect, just think of what has happened in the last few months, because I've been playing matches non-stop so there hasn't really been any time for that.

"I think the self-belief is a big thing, I think you can achieve as much as you believe you can. I think that's definitely what has really grown for me."

With four hard court titles in the bag plus the WTA Finals run since Dmitry Tursunov became her coach earlier this year, Kontaveit has established herself as one of the top contenders at the Australian Open in January.

"I think I'm excited for the next season. Really want to keep this momentum up, just keep improving on my game, have a very good pre-season with Dmitry, just keep working," she added.

"I think we're doing the right things, my game is definitely improving in the right direction. I'm very excited for what's to come."