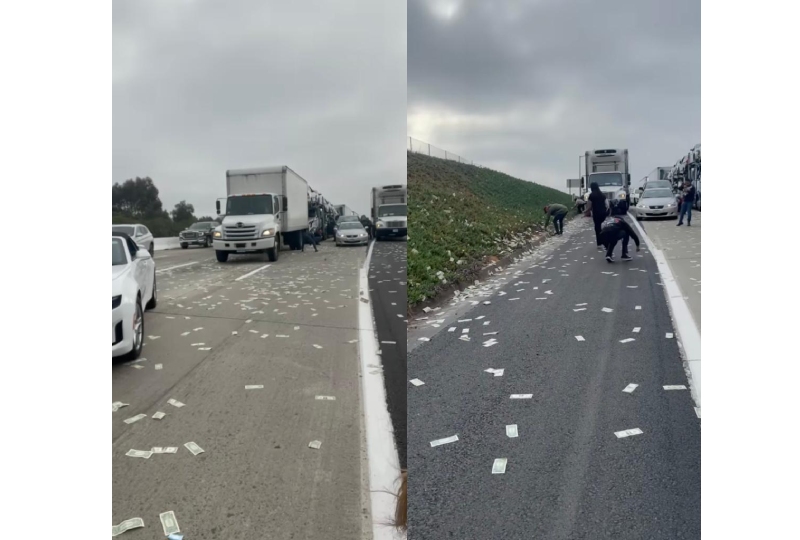 Bags of currency notes fell out of an armoured truck on a San Diego County freeway and a video shows people running to pick up the bills.

The incident occurred on Friday at 9.15 am as the truck was heading from San Diego to an office of the Federal Deposit Insurance Corp.

"One of the doors popped open and bags of cash fell out," said California Highway Patrol Sgt. Curtis Martin.

Several bags broke open, spreading money - mainly $1 and $20 bills - all over the lanes and bringing the highway to a standstill, he added.

Two people who were seen scrambling for the cash were arrested at the scene.

Sgt. Martin has issued a warning that any others who are found to have taken the money could face criminal charges. Plenty of videos taken by bystanders at the scene would help identify the culprits.

Authorities haven't reported how much money was lost. However, at least a dozen people had returned the money they collected to the CHP by Friday afternoon, the San Diego Union-Tribune reported.