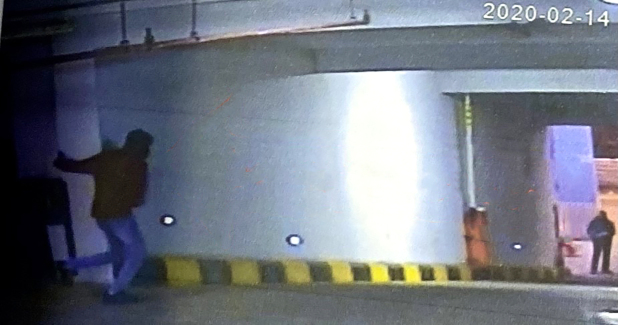 CCTV footage showing the knifeman escaping on foot before getting into the getaway vehicle outside the hotel’s parking lot
TWO brothers have been jailed for life after stabbing their father’s lover in a planned ‘family honour’ attack at a hotel in Bahrain.The Saudi defendants, aged 33 and 31, were arrested after they targeted the Tunisian woman in an elevator as she entered a hotel in Juffair in February last year .