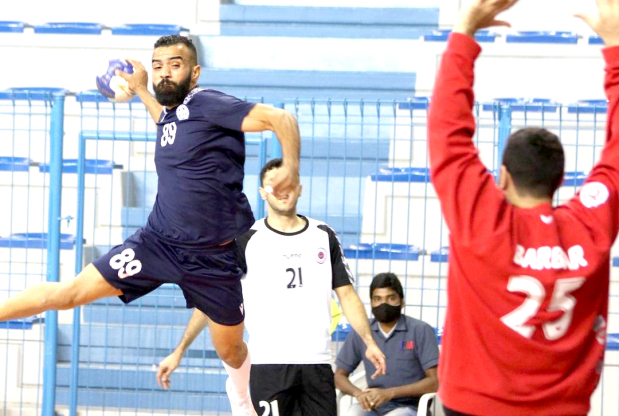 Action from the match between Al Najma and Barbar

Al Najma extended their winning streak to 10 games after defeating Barbar 37-23 yesterday in the 10th round of the Khalid Bin Hamad Handball Premier League.

Najma were in control of the match, played at the Bahrain Handball Association arena in Um Al Hassam, from the outset as they led 17-13 at half-time. Najma launched a fierce attack after the interval to end the match with a 14-goal margin.

After 10 rounds, Najma top the table with 30 points. They are followed by Al Ahli in the second positon with 25 points while Al Ettifaq are third with 24.