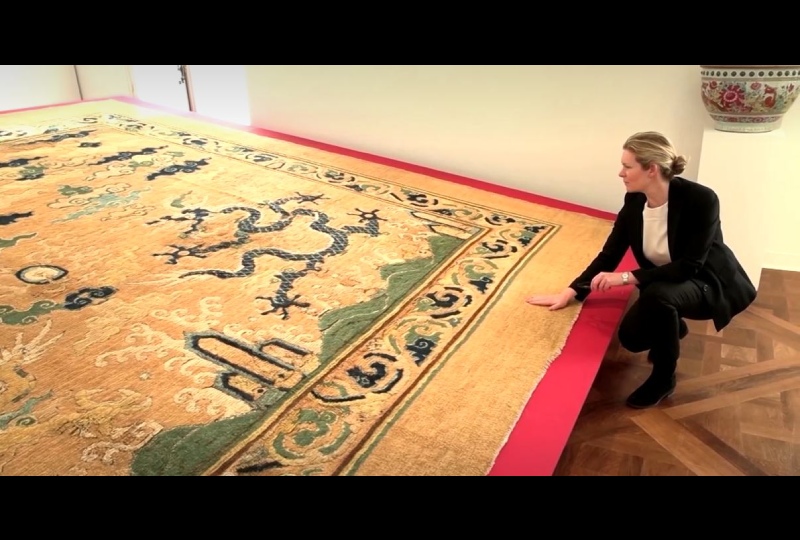 A rare carpet from the Imperial Palace in Beijing's Forbidden City, hidden from the public eye in the last 34 years, fetched 6.88 million euros ($7.74 million) on Tuesday at an auction at Christie's Paris.

A rare carpet from the Imperial Palace in Beijing's Forbidden City, hidden from the public in the last 34 years, will be auctioned at Christie's pic.twitter.com/H5mMFdYixY

"So this is an incredible, magnificent, imperial 16th century Ming dragon throne carpet. And that basically means that this was woven in the 16th century for the emperors in the Forbidden City. There was an imperial workshop that created these carpets solely for the interiors of the halls within the Forbidden City. This particular carpet, due to its shape and its decoration, was woven specifically for the emperor's throne." said Louise Broadhurst, Christie's London's expert in oriental carpets.

A couple from Iowa bought the carpet in 1920 while on their honeymoon in China. They loaned it to the Cleveland Museum of Art then sold it to a private collector in Switzerland.

"This is one of only seven complete dragon throne carpets that remain in Western collections. There are nine other carpets, but these remain within the palace museum in Beijing." Broadhurst mentioned.

Most of China's imperial treasures are in Taiwan's National Palace Museum after defeated Nationalist forces fled there in 1949.