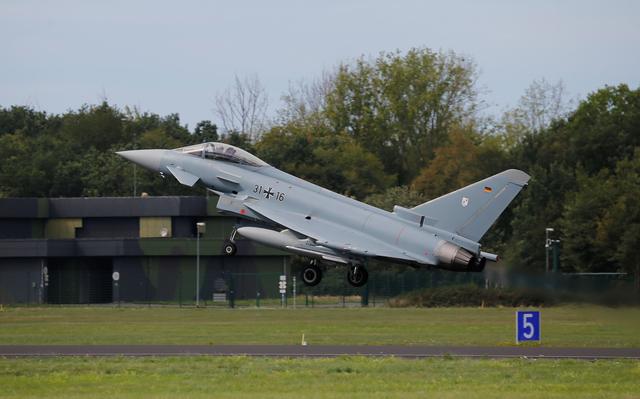 The two military aircraft are part of a jumbo order for the production of 28 Eurofighter jets worth around 8 billion euros ($9.09 billion) in total that the Italian aerospace and defence group clinched with Kuwait in 2016.

Mulè said that some "practical issues with the supplies" were resolved in October enabling Leonardo to commence deliveries.

"The shipment of the other jets will likely occur every six months, to complete the order by end-2023," Mulè told Reuters.

The news was first reported by Italian daily La Verità.

Mulè said that the two fighters will leave Turin, in northern Italy, on Dec. 14 to fly to Ali Al Salem military base in Kuwait.

Leonardo declined to comment on the issue, as delivery details are confidential.

"Thanks to the Eurofighter contract, other Italian companies have the opportunity to sell Kuwait additional products and services," Mulè said.