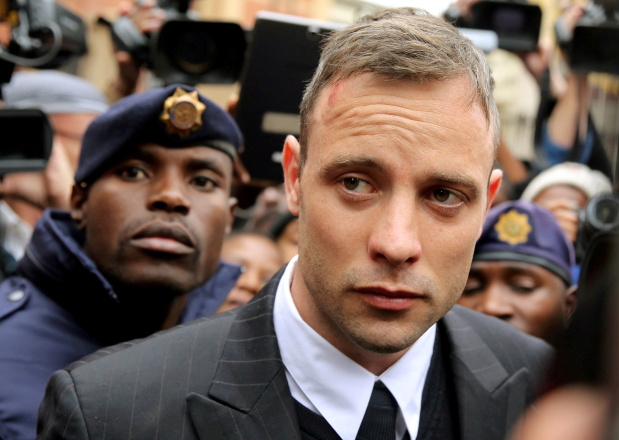 CAPE TOWN: Former South Africa paralympic superstar, Oscar Pistorius, jailed in 2016 for killing his girlfriend Reeva Steenkamp, has been moved closer to her family ahead of reconciliation talks that could help pave the way for his early release from prison.

Pistorius, known as "Blade Runner" for his carbon-fibre prosthetic legs, went from public hero to convicted murderer in a trial that drew worldwide interest. He becomes eligible for parole after serving half of his 13-year sentence.

Pistorius is set to speak to Steenkamp's parents, June and Barry Steenkamp, in a process known as victim-offender dialogue - an integral part of South Africa's restorative justice programme in its prison system that brings parties affected by a particular crime together in a bid to achieve closure.

"They are participating in the process because they have committed themselves to being part of the victim-offender dialogue. They feel they have to do this for Reeva," Tania Koen, lawyer for the Steenkamps, said of the family.

Pistorius' lawyer did not immediately respond to requests for comment.

Gold medalist Pistorius, once the darling of the Paralympic movement for pushing for greater recognition and acceptance of disabled athletes, shot dead Steenkamp, a model and law student, in his bathroom in 2013.

Pistorius said he had believed she was an intruder but was jailed in 2016, initially for a six-year term. After an appeal by prosecutors who said this was too lenient the term was increased to 13 years.

He has now been moved from a prison near Johannesburg to one on South Africa's east coast, near where Steenkamp's parents live.

Neither their lawyer Koen nor Singabakho Nxumalo, a spokesman for the department of correctional services, could provide Reuters with a timeline for the discussions.

"It is very sensitive process, highly emotional... and we do not force people to participate in it," Nxumalo said.

"But we are saying at least it does lay a foundation where people can, if possible, forgive each other, find one another and then try to move forward in harmony," he said.