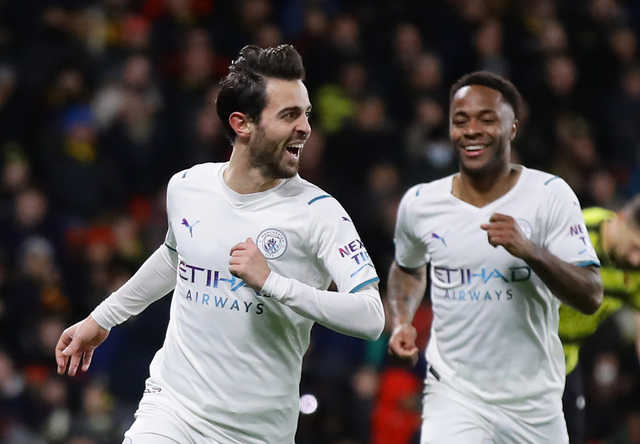 WATFORD - Reigning champions Manchester City claimed top spot in the Premier League for the first time this season as Bernardo Silva scored twice in a 3-1 victory at Watford on Saturday.

Raheem Sterling's early header paved the way to a comfortable win for Pep Guardiola's side who made the most of morning leaders Chelsea's 3-2 defeat at West Ham United.

Silva fired in from a tight angle in the 31st minute and put City in cruise control just past the hour mark when he curled a delightful effort into the top corner.

In truth City's winning margin should have been bigger against a struggling Watford side who were given some late hope when Cucho Hernandez pulled a goal back.

City's fifth successive league win lifted them to 35 points from 15 games, one point ahead of Liverpool and two ahead of Chelsea in what is shaping up to be a three-way title tussle.