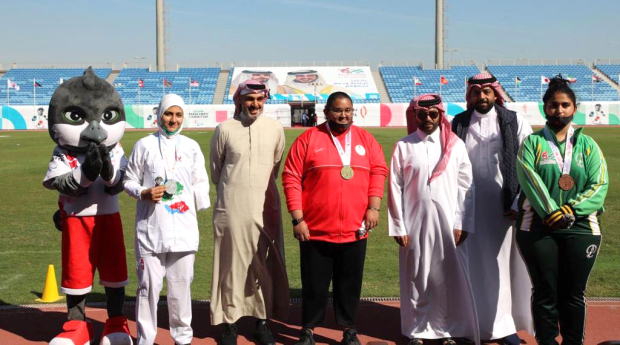 Shaikh Faisal with Maryam and silver and bronze medal winners.

BahrainI athletes continued to shine at the Asian Paralympic Games, winning a gold and silver medal on the second day of competitions at the Khalifa Sports City Stadium yesterday.

Maryam Saber clinched gold in the women’s under-17 Discus competition, her second medal following a silver on the first day.

She topped the standings with a 25.01m throw in the fifth round. 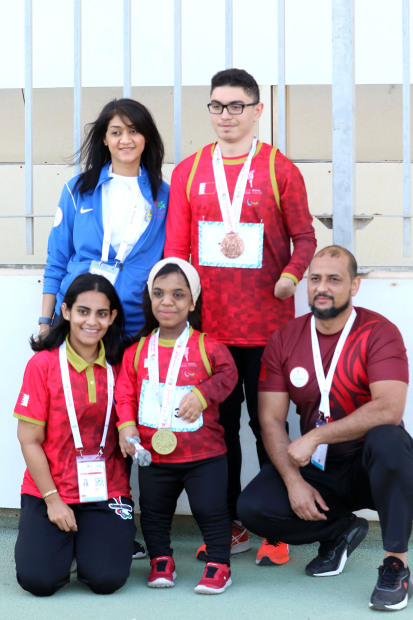 Zaina and Bassam with their medals

Meanwhile, Nassar Al Muraisi continued his brilliance in athletics, winning his second medal of the Games. His silver in the 100m race adds to the bronze he won in the 400m on the first day.

On Friday, Bahrain opened their medals tally with a gold for Zaina Al Balooshi in the Shot Put competitions. It was followed by another impressive performance by Bassam Ameeri who won bronze in men’s Javelin throw. Iranians won gold and silver in the competition.