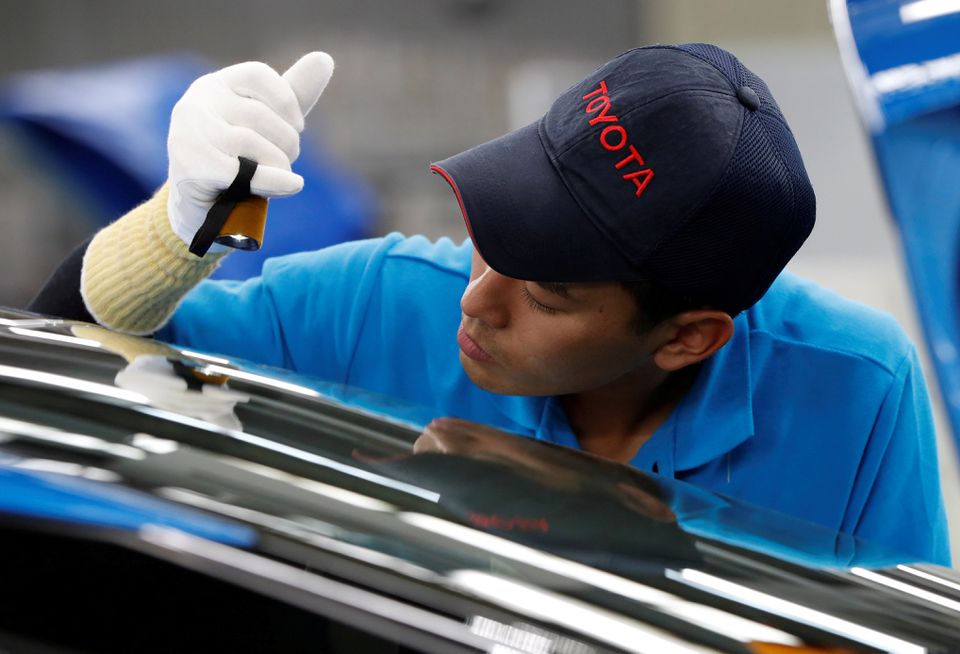 An employee of Toyota Motor Corp. works on the assembly line. (Reuters Photo)

Toyota Motor Corp (7203.T) on Tuesday said it is happy to use scratched or blemished parts from suppliers as the world's biggest car producer tries to trim costs amid a production-curbing global chip shortage and rising material costs.

Toyota's acceptance of good enough by using parts it would have thrown away in the past marks a significant change both for a company renowned for stringent quality control and for Japanese manufacturing practices that often prioritised perfection over speed to market.

"We are careful about the outside of our vehicles, the parts you can easily see. But there are plenty of places that people don't notice unless they really take a good look," Takefumi Shiga, Toyota's chief project leader for vehicle development said during a press briefing.

Toyota last month raised its operating profit outlook 12% for the year ending March 31, helped by favourable currency rates. It warned, however, that a shortage of semiconductors which was curbing production and increasing material costs were hurting its underlying profitability.

Shiga and other Toyota engineers are expanding a programme begun in 2019 to meet component suppliers, even third tier ones, to assure them that scratches or blemishes are acceptable as long as they do not affect vehicles safety and performance, and are unlikely to be noticed by car buyers.

"It requires some courage on their part," Shiga said.

A visit to a company making plastic seat belt parts reduced the number of those component being rejected by three-quarters, he added.