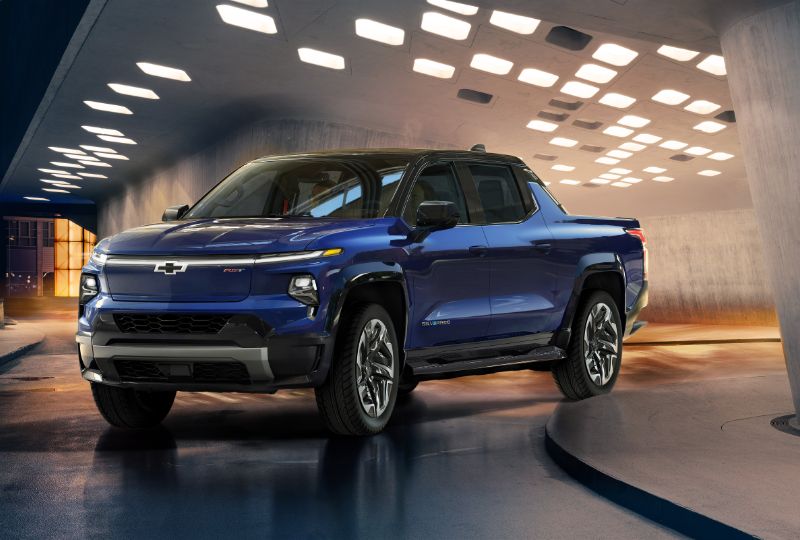 General Motors Co's $35 billion electric-vehicle strategy will face its biggest test in 2023 when it launches an electric version of its Chevrolet Silverado pickup with a six-figure price tag, more than a year after rivals Ford Motor Co and Rivian Automotive launched their own electric pickups.

GM Chief Executive Mary Barra told the annual CES technology conference via video on Wednesday that the electric Silverado will launch in two stages in 2023, starting in the second quarter with a $39,900 WT work truck that will be delivered to a limited group of commercial fleets. In the fall of 2023, GM plans to start delivering a consumer, outdoor adventure-oriented model that will start at $105,000 - more than an electric Mercedes EQS sedan.

By 2035, Barra said, GM plans to offer an electric heavy-duty pickup truck, which would use batteries to replace the carbon-intensive diesel engines currently favoured in trucks used primarily for heavy trailer hauling. Chevrolet also plans an off-road "Trail Boss" version of the electric pickup, she said.

Retail customers will see less expensive versions of the electric Silverado roll out in 2024 and beyond, Chevrolet officials said in briefings ahead of Barra's online CES speech.

GM shares were down 1.7% in afternoon trading following Barra's presentation.

The electric Silverado is built on the same architecture as the GMC Hummer EV, and has design and functional features that hark back to the automaker's Avalanche truck, a hybrid of an SUV and a pickup GM launched in the early 2000s. Like the Avalanche, the electric Silverado has a "mid-gate," which opens up the back of the cab and slanted wings on the back of the cab.

The electric Silverado will enter the race for both fleet and consumer buyers a year or more behind the electric Ford F-150 Lightning. That gap reflects contrasting strategic choices by the longtime rivals.

Barra and GM President Mark Reuss are betting GM will win in the long run by first developing dedicated electric-vehicle architectures and a vertically integrated battery and motor production chain, then launching electric-vehicle models in high volume during the middle and latter part of this decade. By then, GM executives expect the costs of the company's proprietary Ultium battery technology will be lower than rivals, conferring a decisive advantage.

GM said the WT, or work truck, version of the Silverado EV will have a 400-mile (644 km) driving range and will first go to a select group of fleet customers under deals already negotiated. GM expects to deliver "tens of thousands" of electric work trucks, said Steve Carlisle, head of GM's North American operations.

The electric Silverado RST for retail buyers has a 400-mile range, a "mid-gate" in the back of the cab that can accommodate kayaks and surfboards, but carries less cargo and will not have a backup generator capability when it launches.

Carlisle said the generator function is "very much on the radar." A Chevrolet spokeswoman said bi-directional charging to power a home will be available within the first year of production.

GM executives said they will emphasize the Silverado's superior range in advertising that will start this year.

GM's decision to charge European luxury car prices for the first Silverado RSTs mirrors the strategy for the first Hummer EVs, which started at over $110,000 and are now available for starting prices of $99,995 - more than double the average transaction price for a GM vehicle.