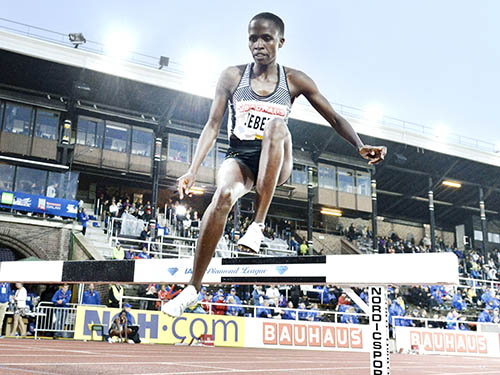 THE Rio-bound Bahrain Olympic delegation is taking all precautions against the threat of Zika virus which has seen top class golf and tennis stars withdraw from the world’s biggest sporting extravaganza to be held in the Brazilian capital from August 5 to 21.

Bahrain Olympic Committee has signed up with Singapore company Amber Laboratories who will supply them with their insect repellent spray ‘Elven Guard’ which is considered the best protection against the Zika virus.

Bahrain is sending its biggest ever contingent - a 30-member squad - to the Olympic Games. Twenty-six Bahrainis have qualified for the Games meeting the Olympic criteria while four others have received wild cards.

Delegation manager Yousif Abdel Qader confirmed that necessary steps have been taken by BOC in cooperation with the Ministry of Health (MOH) to keep the athletes in a safe environment.

“There is no vaccination for the Zika virus up until today. The BOC have agreed a deal with Amber Laboratories as per which they will  provide us with their best insect repellent spray,” said Abdel Qader.

American company SC Johnson’s are the official health sponsors of the Rio Games through their ‘OFF’ repellent spray.

Abdel Qader added that Zika was not the only threat they face in Rio as they also consider the yellow fever a huge risk.

“The Bahrain delegation will also be vaccinated for yellow fever as it is as much a threat as the Zika virus,” Abdel Qader added.

The Zika virus is spread by a particular type of mosquitos and is currently wide spread in most South American countries.

“The Singapore company have tested their product in laboratories in London and they will also be providing their sprays to three other teams in Rio,” he said.

Abdel Qader added that each person in the Bahrain delegation has received instructions on how to use the spray.

“Each member of the delegation will have their own sprays with additional cans in store in case of emergencies,” he added.

Forty Bahrainis had initially qualified but only 26 will be travelling to Rio.

Bahrain will be pinning its medal hopes on the likes of rising athlete Salwa Eid (200m), winner of the 2016 Asian Indoor Championship in Doha, and other prominent athletes like Benson Seurei (1,500m), Abbas Abubaker (400m) and Ruth Jebet (3,000m steeplechase).

The twenty-six athletes are currently training with their personal coaches in Poland, Bulgaria, Ethiopia, Kenya, Jamaica, Switzerland and Morocco.

“We will not be travelling at the same time. Each coach has a programme for his or her athlete depending on the date of their particular event and their travel arrangements are being planned accordingly,” Abdul Qader added.

The swimming and shooting events kick off on August 6 and end of August 13 and 14 respectively.

Athletics and wrestling events start on August 12  and conclude on August 21.