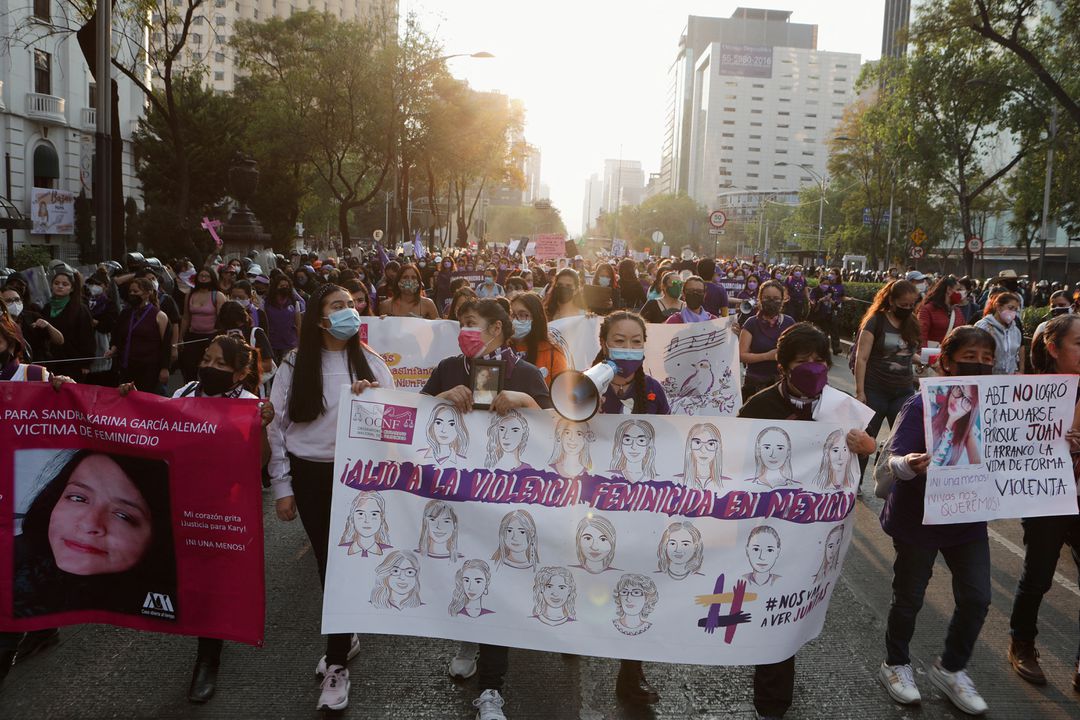 Women hold banners during a protest to mark the International Day for the Elimination of Violence Against Women, in Mexico City, Mexico November 25, 2021. The banner in the center reads: "Stop femicide violence in Mexico". (Reuters Photo)

MEXICO CITY - Murders in Mexico slightly dropped in 2021, falling 3.6% from the previous year, though femicides rose, according to preliminary government data released on Thursday.

The drop in murders is a win for President Andres Manuel Lopez Obrador, who took office in late 2018 pledging to bring down record levels of violence plaguing the country.

Last year's decline in murders to 33,308 was the lowest total under Lopez Obrador, just below the 33,739 logged in 2018, according to figures presented by Security Minister Rosa Icela Rodriguez at a regular news conference with the president.

Lopez Obrador argues the violence is a product of historic inequality and corruption. However, detractors say his strategy of "hugs not bullets" - a drive to reduce direct confrontation with criminal gangs - has exacerbated widespread impunity.

Femicides, or murders of women resulting from gender-based violence, increased 2.7% in 2021 from the previous year to 1,004, official data showed. The toll is more than double the number registered in 2015, when there were 427 femicides.

Lopez Obrador has faced criticism for his handling of violence against women, and has frequently responded by taking shots at feminist movements in Mexico.

Murders reached a record of 34,690 in 2019, Lopez Obrador's first full year in office. Murders continued to trend up through early 2020 as Mexico imposed coronavirus-related curbs, despite some predictions that stay-at-home orders would reduce crime.