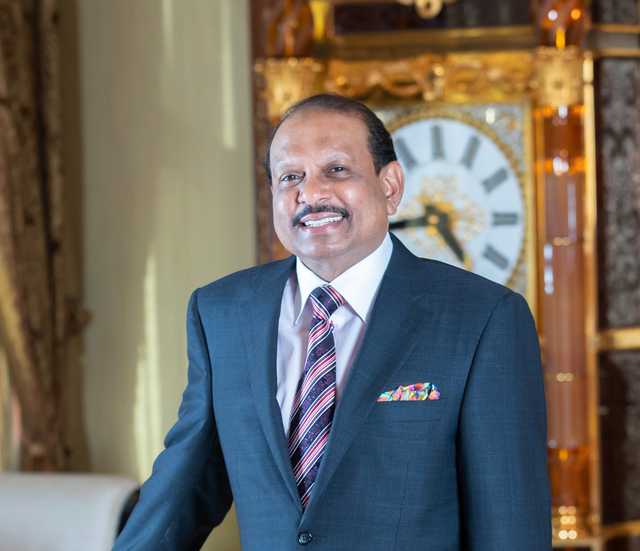 The news that Indian billionaire businessman and chairman of LuLu Group, Yusuffali M A, was granted the first Golden Visa by the Bahrain government signals the changing demographics of the largest expatriate community in the kingdom and also the new synergy between Bahrain and Asia.

From seeing Indians as skilled co-builders of the modern kingdom who helped develop the education system as teachers and the healthcare system as doctors and nurses; from relying on Indians as the muscle power behind the blossoming cityscape of 20th Century Bahrain to now, in the 21st Century when Indian scientists are working with Bahrainis on the kingdom’s space programme and dominating the commercial space as entrepreneurs, business tycoons and CEOs, there has been a dynamic shift in power.

Besides the strong Indian business and entrepreneurial presence in Bahrain’s commercial space, there are also legacy Pakistani family firms and more recently, we have wholesale businesses from China thriving in Dragon City and from Thailand in Thai Mart in the Diyaar area.

As a country that prides itself on its business ecosystem and which stands fifth among the top 50 in the 2022 Agility Emerging Markets Logistics Index in its ease of doing business, Bahrain is very attractive for entrepreneurs. Whether they came over two centuries ago and made Bahrain their home and trading outpost, or came recently as entrepreneurs bearing brilliant business ideas or even switched from 9-to-5 careers to owning businesses here, the kingdom welcomes them and gives everybody a fair chance at realising their dreams.

So, if we have so much going for us, what is there to look forward to besides unlimited growth? Turns out, that we don’t have the basic understanding of how to take these advantages to the next level. For starters, all these core facts mentioned till now are public knowledge. We lack any effort to probe deeper and set out a realistic blueprint for even better business growth.

And, this is not something we should rely on the government alone to do. The government’s work is to be a great facilitator and put policies in place that will stimulate investor excitement and economic growth – work that is happening already. But in which direction should the next generation of businesses go?

What do business entrepreneurs see as the gaps to be bridged for Bahrain to reach out to regional and world markets? Is the kingdom obsessed with entrepreneurial success and not prepared to provide the safety net of better bankruptcy laws? Do expat-owned businesses get enough bang for buck out of their contributions to Tamkeen in the form of training support, tech upgrades and salary support for Bahraini employees?

The ideas and concerns of expat business owners need to be recorded, analysed and taken into consideration for us to strengthen the foundation of the business environment in Bahrain. For this a business body such as the BCCI should undertake a detailed study of the requirements of its expat members and present a White Paper to the government as inputs on shaping the conditions to welcome more expat businesses to Bahrain – not companies but buzzy new ventures that will add diversity to the business environment.

Next month, the BCCI is getting ready for elections. The new board must give serious thought to the task of building a database of business conditions instead of just business names to go to for votes and push the agenda for change more vigorously.